Saying Goodbye to an American Hero 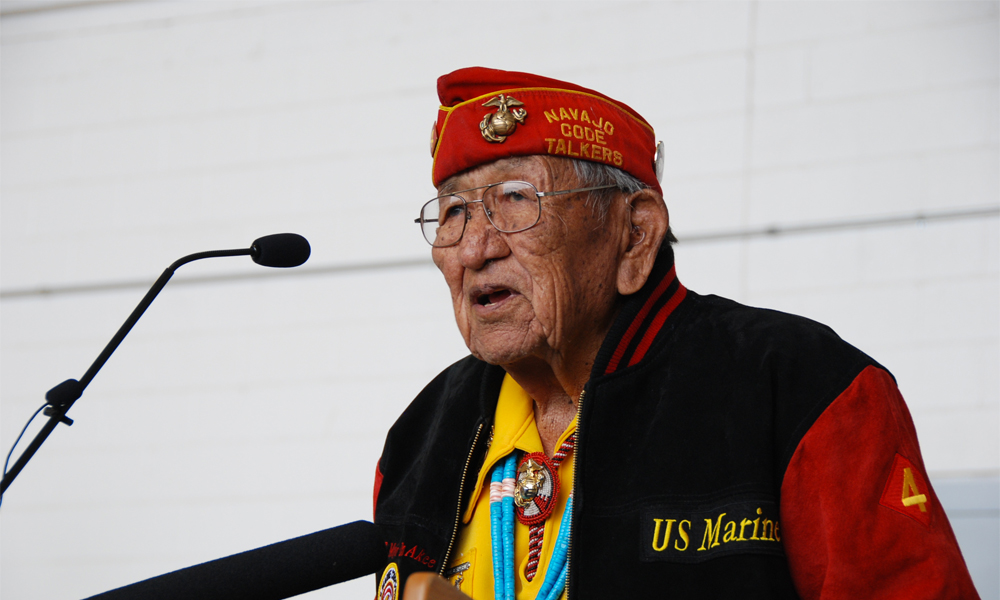 By now, most know the fabulous story of the Navajo Code Talkers—young Navajo men who joined the Marines during World War II and were sent to the Pacific Theater in 1942, where they used their native language for a code the Japanese couldn’t break. It was such a top secret mission, nobody knew of the Code Talkers until the 1960s, when their glorious story was finally told.

Since then, a grateful nation—and a very proud Arizona—has honored them with many accolades. As Navajo Nation President Russell Begaye recently told the Arizona Republic, the Code Talkers were among the most important people involved in the war effort. “It wasn’t so much the bullets and the guns and the tanks (that won the war), it was the language that was utilized to transmit messages. I’m just really thankful that at one point, it was a top-secret category of forces, and finally they were allowed to tell their stories.”

More than 400 Navajo men were trained as Code Talkers, but over the last 75 years, many have died. Only about a dozen still live.

The latest loss was 94 year-old Code Talker Dan Akee, who died Oct. 14 at his home in Tuba City.

Mr. Akee had built the house 60 years earlier, but when it fell into disrepair, he was forced to move out. His dream was to return home before his death, which he was able to do last February, thanks to volunteers from the Navajo Nation that brought the house back to livability. “We wanted to reward him for his service to our nation, so we went in and renovated the entire house from top to bottom, even making the bathroom wheelchair accessible,” President Begaye noted.

He reported that the move home was a thrilling moment for the elderly hero. “He was so excited. He was waving his arms, almost blessing the rooms as he went through the house.”

Begaye says he hopes to build a museum to honor the Code Talkers and where those still living could witness their stories being told.

The Navajo Nation flew its flags at half staff in honor of Mr. Akee.