The Killing that Put Hardin on the Run 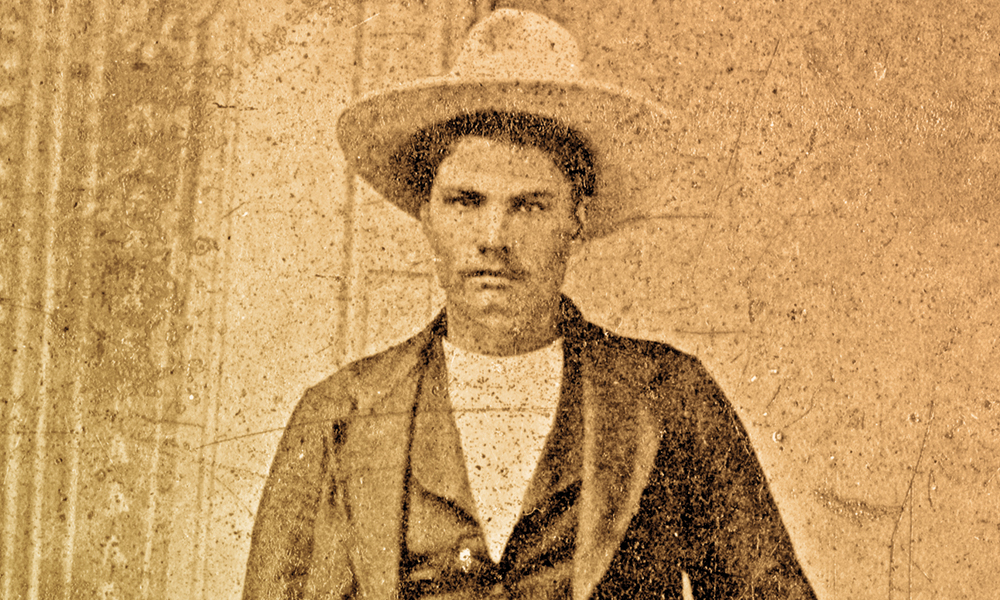 Webb first appeared on the Texas scene in Brown County, where he was selected as a lieutenant in the Texas Rangers, serving under Capt. Jim Connell. Activated in January 1874, the company disbanded at the end of March, due to lack of state funds. Webb was then hired as a deputy sheriff of Brown County.

When Webb learned that Hardin had a price on his head, dead or alive, he must have decided to go bounty hunting. What other business could he have had to ride outside his county to the town of  Comanche? On May 26, he found out Hardin and his cousins were in the saloon, celebrating Hardin’s 21st birthday and his win at the horse races that day.

Once Webb determined which man was Hardin, he introduced himself. Immediately after, Hardin claimed, Webb drew his pistol and fired at Hardin; the bullet grazed him on his left side. The Dixon cousins and Jim Taylor fired their pistols at Webb, who fell to the ground dead. Years later, Hardin wrote a letter to his daughter claiming that he had killed Webb in self-defense.

The killing of Deputy Webb put a millstone around Hardin’s neck and led to the lynching of his older brother, Joseph, and his cousins Tom and Bud Dixon. Hardin sent a cousin to Kansas to sell his cattle herd so the outlaw could use that money to escape capture.

Hardin evaded the law until his arrest three years later, on August 23, 1877, in Pensacola, Florida. Hardin did not speak in his own defense at his trial, and testimony claimed he had  insulted Webb, who just happened to be in Comanche. Hardin was sentenced to 25 years at Huntsville’s state prison in Texas. He was pardoned after 16 years and went on to work as an attorney. Hardin paid a high price for what may or may not have been self-defense.

Up until now, Webb’s past has been a mystery. Texas alone has internment records of 111 Charles Webb’s and 10 Charles M. Webb’s. None have birthdays that are even close to that of our Webb. Some historians have suspected Webb of fighting with Quantrill’s raiders during the Civil War. The name Charley Webb appears on a muster roll, but our Webb, born on May 2, 1848, would have been too young to officially serve in the war.

Yet Kentucky may hold the key. In the northern part, in Cynthiana, is Indian Creek Cemetery, with graves for the Reverend Charles Webb and his wife, Elizabeth. Could these Webbs be related to our Charles M. Webb?

The 1850 census for 78-year-old  Charles and 68-year-old Elizabeth shows their household included daughter-in-law Huldah Webb, age 30, and her son, Charles M. Webb, listed as age one. Charles is without a father in this home, but his father was likely William Webb, buried in Indian Creek Cemetery in 1848, the same year of Charlie’s birth.

By 1860, Huldah is deceased or remarried, as no record could be uncovered for her. Charles is listed on the census as age 12 and living with his Uncle Hamlet L. Webb and Aunt Nancy in Harrison County. He owned property valued at $2,200, land probably held in trust by his uncle. In 1870, Charles is 22 and working on a farm. That’s the last record for Charles in Kentucky or any other place until he shows up in Texas’s Brown County.

This Kentucky traveler, the grandson of a preacher, just may have been killed by the son of a preacher. Hardin’s preacher father had named his son after John Wesley, the founder of the Methodist denomination of the Christian church.

Hardin lived by the gun, and he also died by the gun. A little over a year after the killer was released from prison, on August 19, 1895, Constable John Selman fired several fatal shots at Hardin in the Acme Saloon in El Paso, Texas. Selman also claimed self-defense for the killing, but he did not end up in prison. He was shot dead by U.S. Marshal George Scarborough in 1896 while awaiting a retrial.

Norman Wayne Brown is the coauthor of A Lawless Breed: John Wesley Hardin, Texas Reconstruction, and Violence in the Wild West.