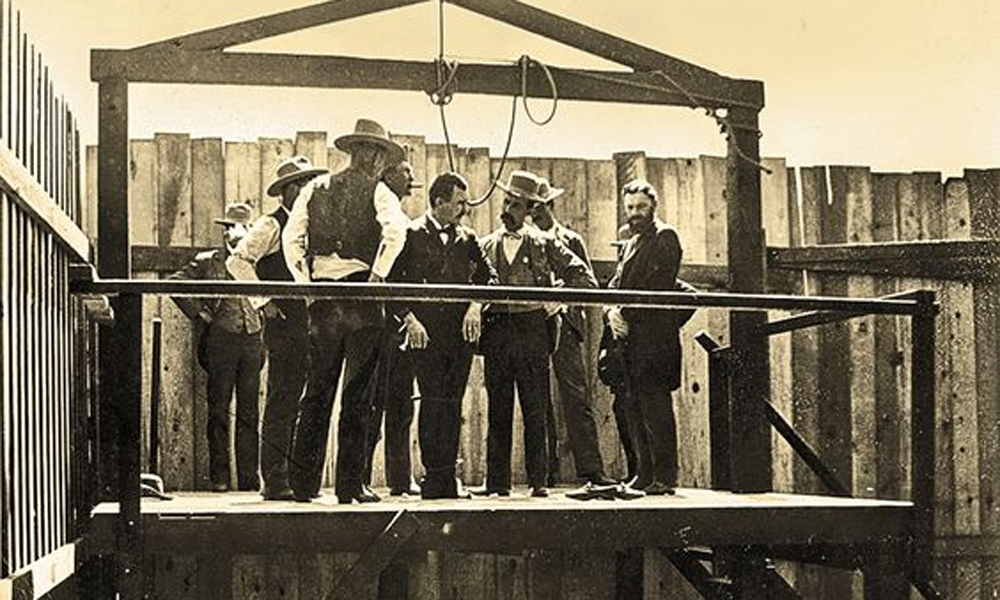 Quick, if you were about to be hung, what would you want to write as your last letter? Outlaw Tom Bell faced that question on October 4, 1856. Bell hadn’t started out as a bad guy—started out as a Tennessee-born surgeon who served in the U.S. Army in the Mexican-American War—but those days were long gone. He was now known as the “Outlaw Doc” who terrorized California. His claim to fame was that he organized the first stagecoach robbery in the United States.

Justice would say it was a good day when Judge Belt and Robert Price overcame him and decided to get it over with, rather than haul him in to authorities.

Tom begged for time to write his Ma. The guys were nice enough to give him that time. He wrote: “Dear Mother: I am about to make my exit to another country. I take this opportunity to write you a few lines. Probably you may never hear from me again. If not, I hope we may meet where parting is no prodigal career in this country.

“ I have always recollected your fond admonitions, and if I had lived up to them, I would not have been in my present position; but, dear Mother, though my fate has been a cruel one, yet I have no one to blame by myself.

“Give my respects to all my old and youthful friends. Tell them to beware of bad associations, and never to enter into any gambling saloons, for that has been my ruin. If my old grandmother is living, remember me to her. With these remarks, I bid you farewell for ever. Your only boy, Tom.”

The guys even gave him a bottle of whiskey before they put him on his horse, tied his hands behind his back, put the noose around his neck and whipped the horse forward, swinging him into space.