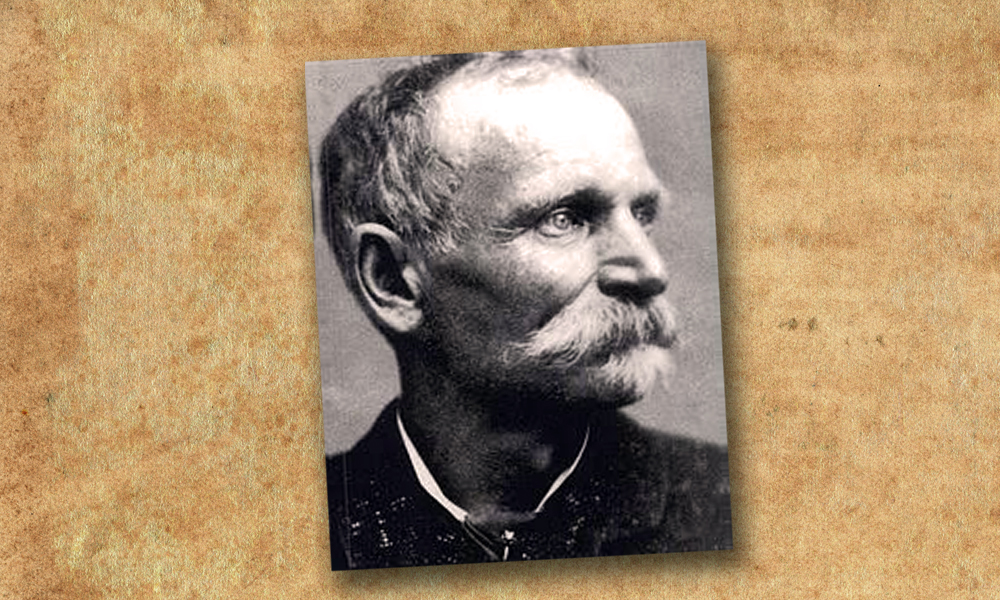 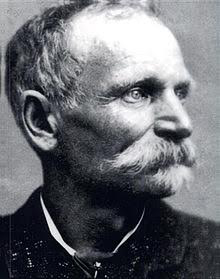 OCTOBER WAS BLACK BART’S FAVORITE: Over his eight-year-28-robbery spree, Black Bart most loved robbing stagecoaches in October. Maybe it was the balmy, California weather, maybe he was just more hungry that month, but whatever, six of his Wells Fargo robberies came in October. His least favorite months were January and April. California’s “infamous stage robber” was really Charles E. Boles. He was known to never fire a shot and to leave behind poems after a couple heists. One read: “I’ve labored long and hard for bread, For honor and for riches. But on my corns too long you’ve tread, You fine-haired sons-of-bitches.” He was arrested an imprisoned in San Quinton, serving four years and two months of a six-year sentence—his prison number was 11046. When he left prison in 1888, he was cheeky with reporters about the criminal career he said he was leaving behind, “I was able to keep Wells Fargo & Co. rather busy, wasn’t I?”

October is most famous in western history for the Shootout at the OK Corral on Oct. 26, 1881. But it also saw a score of peace treaties with American Natives over the years; it is the birth month of the beloved Dales Evans, on Oct. 31, 1912—born Frances Octavia Smith in Uvalde, Texas–and Nevada celebrates this time every year because on Oct. 31, 1864, it became the 36th state.

–Oct. 1, 1878, General Lew Wallace was sworn in as governor of New Mexico Territory. He’d have to deal with Billy the Kid and the Lincoln County War and in his spare time, write “Ben Hur.”

–Oct. 3, 1866, the third legislature of Arizona Territory learned some bad news: it had no stagecoach line, the Apaches were on the warpath, the population was only 5,526, and in the last year it collected only $355 in taxes.

–Oct. 5, 1892 proved that oneupmanship doesn’t work. The Dalton Gang tried to rob two banks in Coffeyville, Kansas at the same time—wanted to outdo their cousins from the James Gang—getting eight of the nine-member gang killed. Survivor Emmett Dalton spent 15 years in prison.

–Oct. 9, 1890, the Ghost Dance was performed for the first time in Sitting Bull’s camp on the Standing Rock Agency in South Dakota.

–Oct. 10, 1858 was a long-anticipate day in the Old West, as the first Butterfield stagecoach from Missouri reached San Francisco, by way of Arizona Territory through Los Angeles. It had taken 23 days and 23 hours, running non-stop, day and night. A ticket for the whole trip cost $150, or 10-cents a mile for any distance along the way.

–Oct. 13, 1852, future actress Lilly Langtry was born in England. Judge Roy Bean named Langtry, Texas in her honor because he was so smitten by her, even though he never met her.

–Oct. 14, 1889, one of the most outrageous moments of injustice in the Old West, as a grand jury dismissed everyone involved in the vigilante hangings of Ella Watson—known to history as “Cattle Kate”–and Jim Averill. They said it was for “lack of evidence,” but it was because everyone who could have testified had either died or disappeared after the July hangings. History now is clear that the charge of rustling was concocted and they were hanged because they were settlers in cattle country and were murdered to get their land and water.

–Oct. 19, 1901 was the day outlaw Jim Younger blew his brains out in St. Paul, Minnesota. He’d been paroled a short time before with Cole, and had failed at trying to sell tombstones and then insurance.