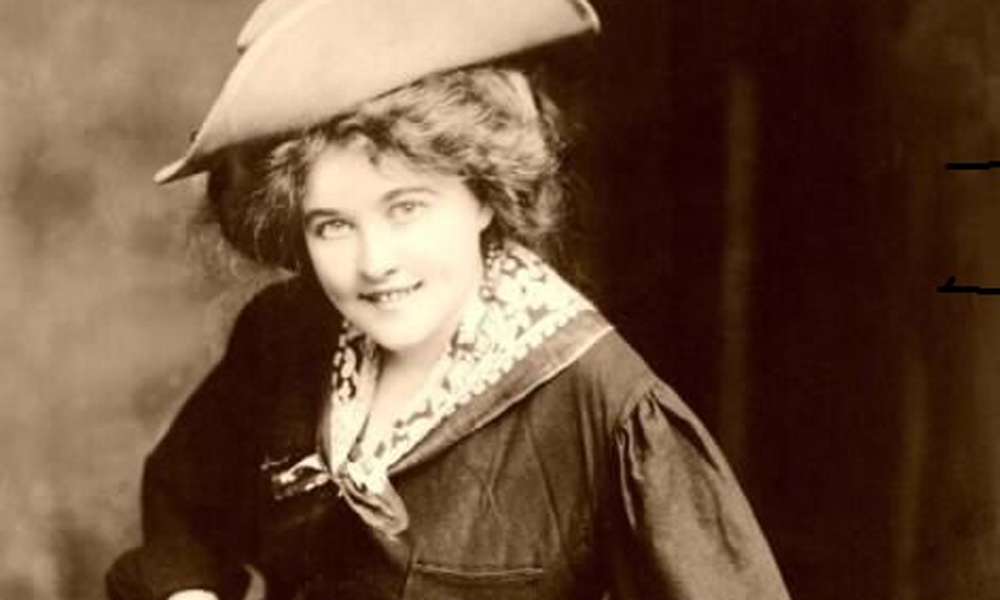 Gambling was a favorite pastime in frontier towns and among the most skillful and prosperous were a few free-spirited women. They included Prairie Rose, an extremely well-endowed young lady with natural assets which she freely displayed whenever it suited her.   One day she bet a cowboy fifty dollars she could walk down Ellsworth, Kansas’s Main Street in her birthday suit. Apparently Rose did have a modest side outside her boudoir. She made her stroll with a loaded pistol in each hand to discourage prying eyes and to make sure she collected her winnings at the end of her stroll.

One of the best of the women gamblers in the West was Miss Kitty LeRoy, also known as Kitty the Schemer. Kitty was a beautiful woman who allegedly supplemented her income by sharing her bed with a prospective husband.

Kitty’s real story is pretty hard to pin down. She may have been born in Michigan. Her career as an entertainer began at the tender age of ten on the busy streets Irish jig dancing for money. By the time she was twenty she’d graduated to saloons and dance halls. She was best-described as a “starry beauty.”

Kitty was also handy with a pistol. It was said she married her first husband because he was the only man she knew who would let her shoot apples off the top of his head. Not much is known of her second husband but the third came when she got into a quarrel with her lover and challenged him to a gunfight. He refused to have a shootout with a lady so she donned men’s clothing and challenged him again. She got the best of him and as he lay mortally wounded she called for a preacher to get them hitched before he expired.

By the time she was in her early twenties she was dealing faro in Deadwood. Kitty seems to have had a fertile imagination and could spin a story with more colors than a Navajo blanket. She claimed to be a “Daughter of the Confederate Aristocracy” and the “Queen of the Barbary Coast gambling ladies,” in San Francisco. She then went off to Asia to run gambling halls in Hong Kong. She had to give it all up and return to America to escape a rich Asian who wanted her to be his “white slave.” There are no records of her ever being in San Francisco and it’s assumed the Asian adventure was another tall tale.

Along with her skills as a faro dealer Kitty gained considerable prowess and notoriety with her six-shooter. The main reason she was only married five times because her fifth husband was extremely jealous and accused her of having other lovers including Wild Bill Hickok. He pulled a gun one night, shot her dead and in remorse took his own life. Kitty LeRoy was only twenty-eight. Found among her belongs were several pistols and bowie knives. Who says those western women were all shrinking violets? 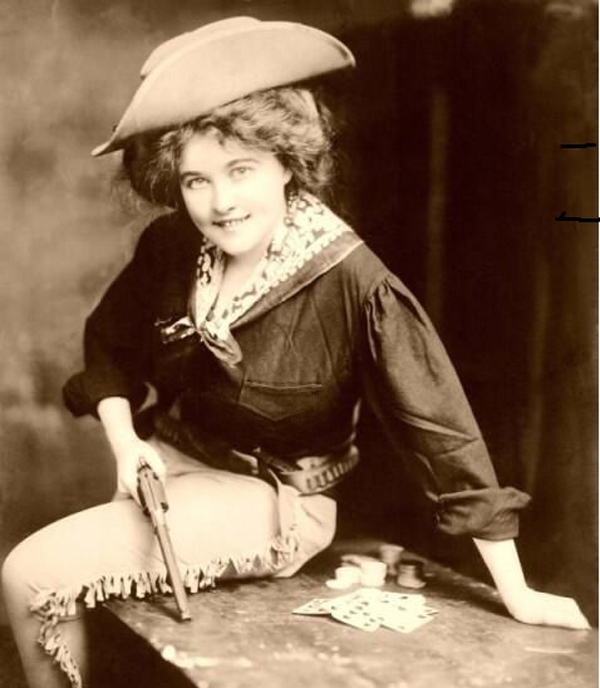