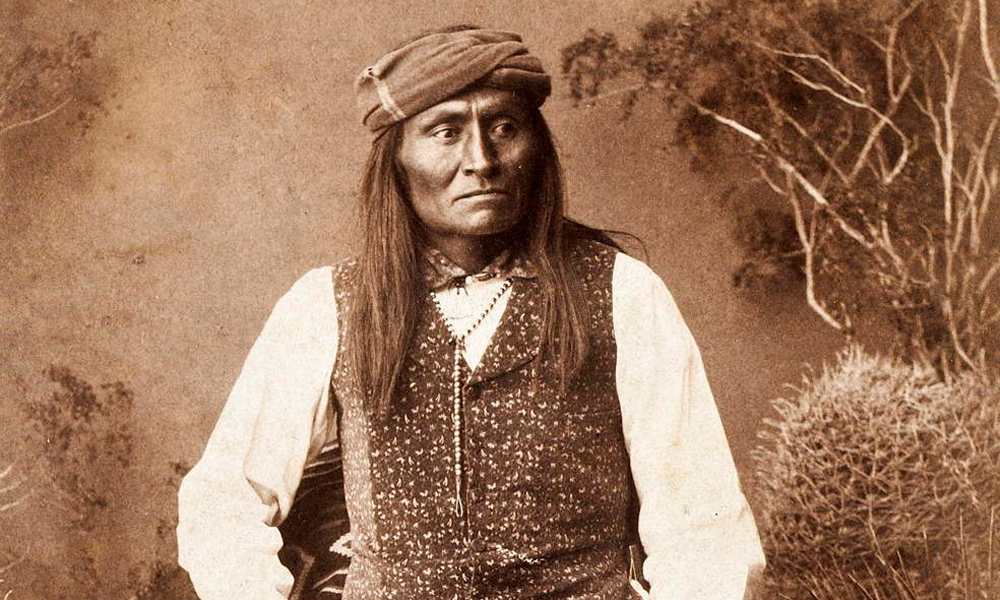 There’s no way to look at the murder and mutilation of Apache Chief Mangas Coloradas without horror. He is considered by historians as one one of the most important Native American leaders of the 19th Century. He was a skilled war leader and chief and was father-in-law to Cochise.

Long before the “White Eyes” came to the southwest, the Apaches had warred with Mexicans. So in 1846 when the United States went to war with Mexico, Mangas Coloradas saw them as heroes attacking their common enemy. He signed a peace treaty with the U.S., promising soldiers safe passage through Apache lands.

That treaty was forgotten when gold and silver was later found. He long fought the “White Eyes” but came to understand he couldn’t defeat them, so sought a peace treaty to save his people.

In January of 1863, under a flag of peace and with assurances of his safety, Mangas Coloradas went alone into Fort McLane in southwestern New Mexico to meet with General Joseph Rodman West. Instead of talking peace, General West ordered the chief’s execution.

Soldiers tortured and killed the chief–pretending he was trying to escape. They took his body outside the camp, dug a shallow grave and buried him. But the next day they returned, dug him up, cut off his head and boiled it in a big black kettle.

The skull was sent to New York, where it was on display for a time. Native people believe it ended up in the Smithsonian Institution, but they have searched and found no record of it. Its fate is unknown. But the aftermath is tattooed into the hide of western history.

“Little did the White Eyes know what they were starting when they mutilated Mangas Coloradas,” said Asa Daklugie, the son of Chief Juh and nephew of Geronimo, whose oral history told to Eve Ball is the basis for her outstanding book, Indeh: an Apache Odyssey. “While there was little mutilation previously, it was nothing compared to what was to follow…It was White Eyes who started it (scalping in the Apache War.) The Indians of the east and of the plains practiced it a little, but not until both Mexicans and White Eyes scalped some of our people did Apaches resort to it.”

He said the “White Eyes” never understood how dastardly they had really been to Mangas Coloradas.

“His death was bad; but to the Apaches, the troop’s cutting his head off and boiling it to get his skull were much worse….To an Apache, the mutilation of the body is much worse than death, because the body must go through eternity in the mutilated condition….That meant that their great chief must go through the Happy Place forever headless.”

The death and mutilation of Mangas Coloradas only increased hostilities between the Apaches and the ever-growing Anglo population coming into New Mexico and Arizona territories. What happened next was an ugly and bloody war that lasted 25 years.