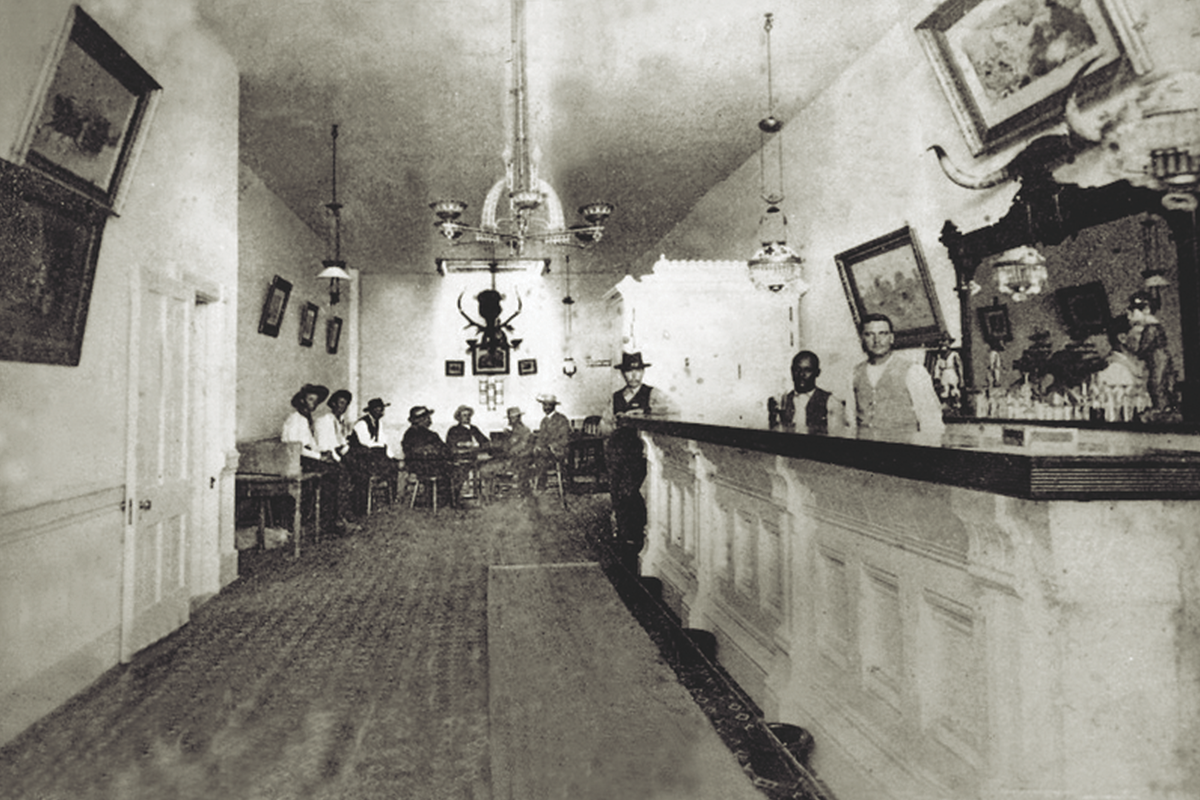 Was there racial separation in the Old West? Could a Black cowboy go into a Tombstone saloon?

It’s difficult, if not impossible, to provide a simple answer. The West is the largest region in the United States, and the period known as the Old West spanned just a few decades, but many parts of the West were settled by Southerners, so segregation prevailed in those areas.

Being a cowboy was one of the few jobs open to men of color. Black and white cowboys mixed and mingled with each other. Working for an outfit meant “riding for the brand.” If cowboys working for the same outfit came into a saloon, it’s likely they drank together, and if anybody didn’t like it, there was a good chance a brawl occurred. Black and white, those who rode for the brand stuck together in the ruckus.

Several other accounts reported violence when Blacks tried to get served in “white” bars and vice versa.

Pity the poor Chinese. Most of the animosity and prejudice in the West was directed at them. This eased some of the discrimination against Blacks.

How did Indians communicate with whites?

They might use sign language, or they might use an interpreter—often based on a common, non-Indian language. In the north country, French was the common language. In Apache and Navajo country, they spoke Spanish, the universal language of the Southwest. In some cases, the whites had lived among the Indians and had learned their language. There was no “one size fits all” when it came to communication.

Can you tell me about Hawaiian cowboys?

In the 1823, the king of Hawaii, King Kamehameha III, imported some vaqueros from Spanish California to teach the Hawaiians how to gather, ride, rope and herd the wild cattle on the island. They were called Españoles (Spaniards), which the native Hawaiians pronounced paniolos. In time all cowboys in Hawaii became known as paniolos. Two good sources on them are Rough Riders: Hawaii’s Paniolo and Their Stories by Llima Loomis and Aloha Rodeo: Three Hawaiian Cowboys, the World’s Greatest Rodeo, and a Hidden History of the American West by David Wolman.

How did the telegraph system work in the Old West?

Like a post office letter, in addition to your message, you specified who the message was from, who it was intended for, and where they were located. Your telegraph station would send it to the next nearest station, which forwarded it on until it got to the destination telegraph station. A messenger would get on his bicycle and deliver the telegram. If that was not possible, the destination station would hold it until the receiver picked it up.

How did Bob Ford, the killer of Jesse James, die?

After 7,000 people signed a petition in favor of his release, O’Kelley’s sentence was commuted, and he was freed on October 3, 1902. He was shot and killed two years later when he attacked an Oklahoma City lawman.