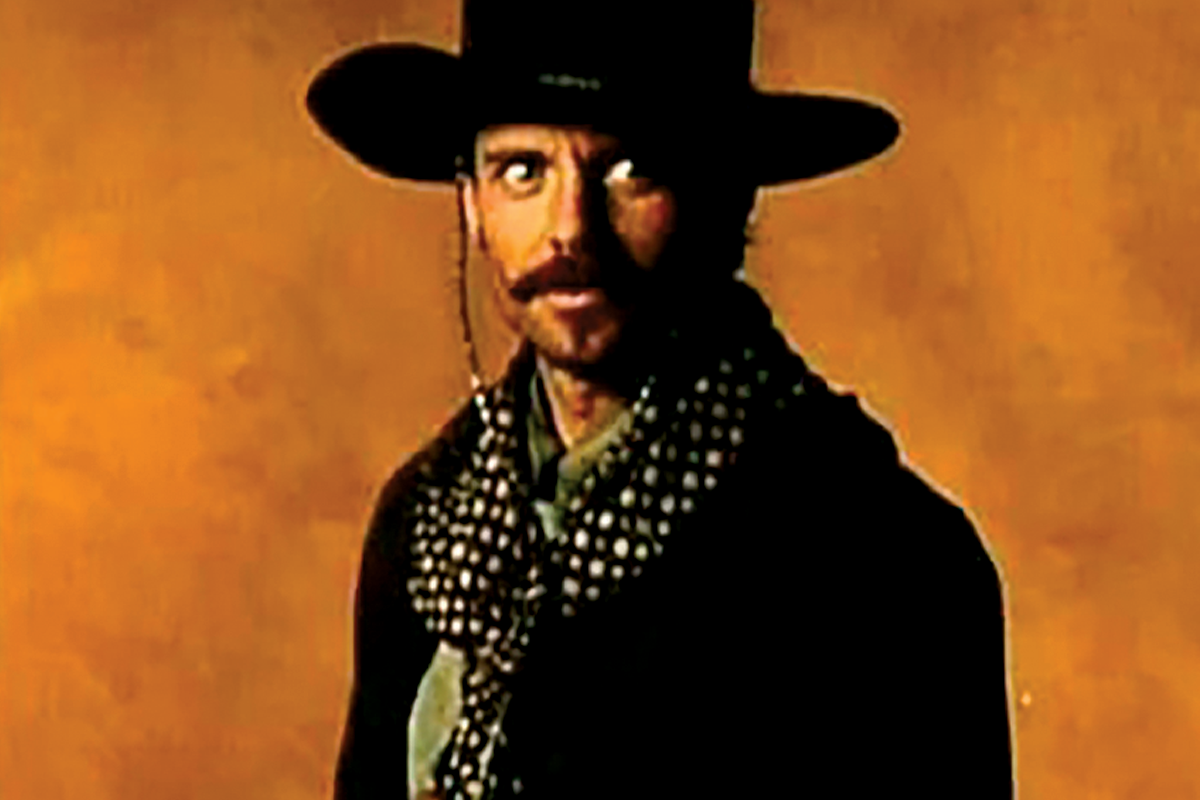 Let’s find someone to refilm Kevin Jarre’s original script and complete his dream.

Thanks to Jeff Morey, the historical consultant on Tombstone I got to visit on-set on June 9, 1993. What I saw impressed me: great hats and costuming (the best I have ever seen), all chosen by Kevin Jarre.

Kevin Jarre’s script is the best Wyatt Earp script in terms of historical references (virtually every scene has a historical reference). The script is also the most erudite Western ever, channeling the Bible, Shakespeare, Latin and Stephen-Stinking-Foster. The script also shows how gray the lines were between the Cowboys and the Earps. For example, in one scene, Wyatt rides into the Cowboys’ camp looking for his stolen horse. This is taken right from the historical record. Earp did, in fact, have a horse stolen by Billy Clanton, and Wyatt rode to Charleston looking for it, ran into the young Clanton, who basically told the gambler he hoped he had more horses to steal. In Jarre’s script, he has Earp saying to Billy Clanton (Thomas Hayden Church): “Look, kid, I know what it’s like, I was a kid, too. Even stole a horse once.”

This is also straight from the historical record where a young Wyatt was arrested for stealing a horse, and he jumped bail. Kevin Costner’s three-hour-long opus Wyatt Earp takes 20 minutes to tell this story, and Jarre nailed the entire backstory in one line of dialogue!

At the end of this sequence, Curly Bill (Powers Booth) arrives and commands Billy to give back Earp’s horse. The outlaw leader and Wyatt then ride off together and have a conversation where Earp asks Curly to go easy on Tombstone because his brother Virgil is now the city marshal. After some bantering, Curly Bill says, “We’re gonna get along fine.” None of this made it into the final film.

In this issue, we have marshaled everyone we could find to, first of all, pay homage to Kevin Jarre’s great script and also to determine just what was lost and what could be gained by dusting it off and giving it another go. Special thanks to Dr. Gary Roberts, Roy Young, John Farkis, Jim Anderson, Mark Boardman, Casey Tefertiller, John Boessenecker and Jeff Morey for their insights and research. As Earp historian Allen Barra puts it, “Anyone in Hollywood listening?”

Several years ago, in an interview, Michael Biehn told me he has been in bigger movies (The Abyss, The Terminator and The Rock, to name just a few) but that he gets much more recognition from the public for his role as Johnny Ringo in Tombstone. Recently, Biehn moved his family to Bisbee, Arizona, which is not far from the events featured in the classic film. He is seen here on the front porch of their home in the historic mining village. That’s Michael with his son, Dashiell King Biehn, 6, and his wife, Jennifer Blanc Biehn.