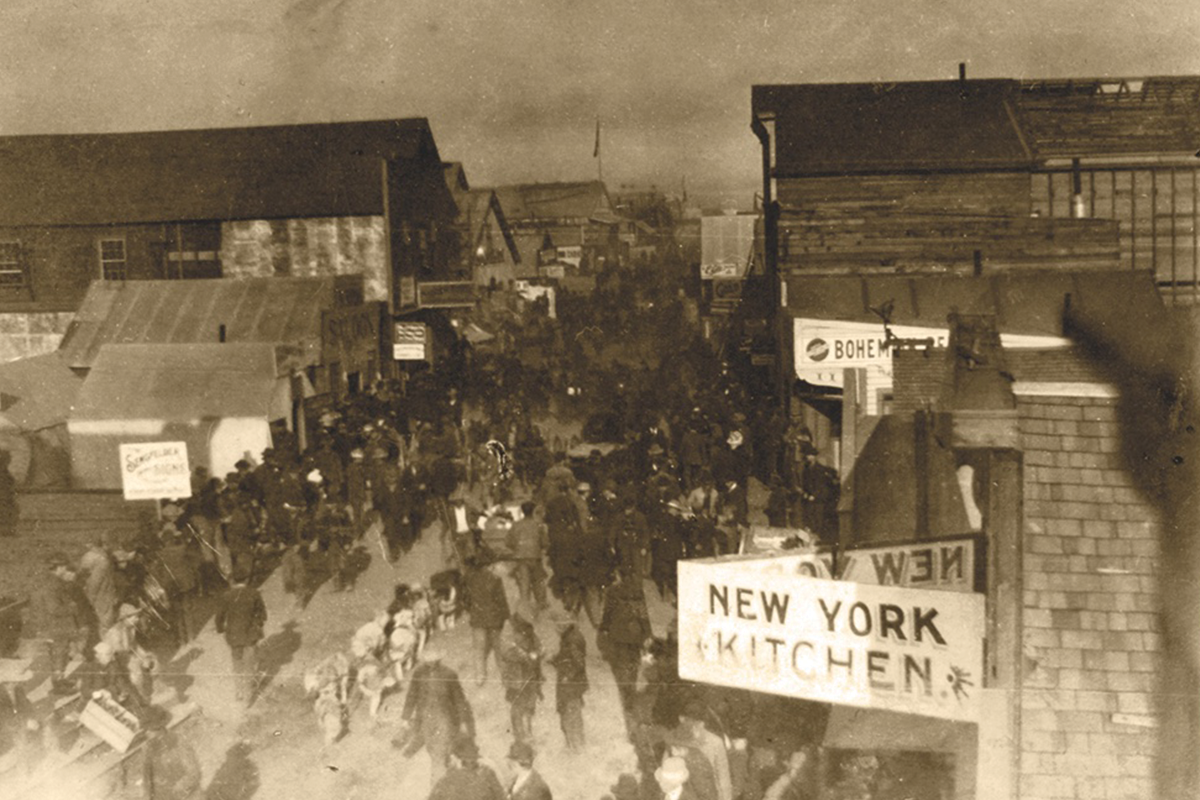 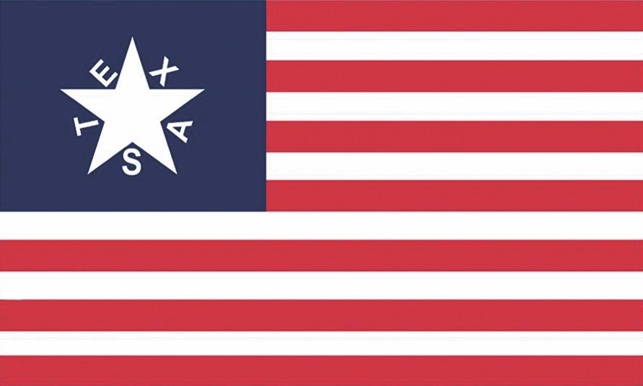 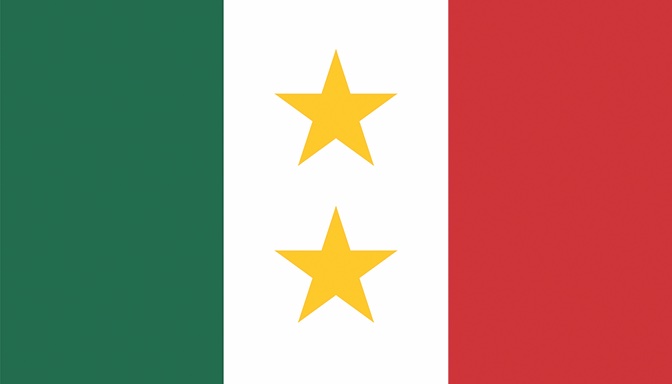 Flags Over the Alamo

In the November 2021 “Ask the Marshall,” Marshall Trimble was asked the question by Robert S. Deleon of Morgantown, West Virginia, “What flag was flown by the defenders of the Alamo in March 1836?” Marshall answered: “If you want to believe the many movies Hollywood and others have produced about the Alamo, it was the Mexican tricolor of red, white and green modified by having “1824” sewn into the white stripe. There is no evidence such a flag ever flew over the Alamo. In fact, if there was a Texan battle flag at the Alamo, none of those who survived had any memory of it.”

Thanks to one of our readers, Texas historian Coy Prather from Anderson County, Texas, we learned the truth—that there were actually two flags at the Battle of the Alamo in March 1836, and neither was the “1824” Hollywood version.

Which flag or flags flew during the siege over the Alamo in 1836? An article by Robert Mayberry Jr. from his book, Two Flags and printed in the Texas Monthly, March 2002, issue:

“Two flags flew over the Alamo during the famous 1836 siege. Neither was a Mexican tricolor with ‘1824’ inscribed. The presence of such a flag is pure myth, and its description was not based on any eyewitness account. The story of the 1824 flag originated in 1860 as conjecture that the Texians were fighting to restore the tenets of the Mexican Constitution of 1824.

“This story of the 1824 flag was repeated so many times that it became a matter of faith and assumed an undeserved place in the mythology of Texas. In reality, the defenders of the Alamo wanted no part of 1824. Eyewitnesses do, however, report a green, white and red Mexican tricolor at the Alamo. But it had two stars, one for Texas and one for Coahuila, not 1824. This flag emphasizing the union of Texas with Mexico made only a brief appearance and probably was associated with the Tejanos of the Texian garrison. The fort’s main flag, the one [William B.] Travis reported ‘still waves proudly from the walls’ in his February 24 message ’To the people of Texas and all Americans in the world’ resembled not the flag of the Mexican Republic but that of the American one.

“A preponderance of contemporary evidence suggests the flag of the Alamo had a field of thirteen red and white stripes like the Stars and Stripes of the United States, but in the canton [the square or rectangle in the upper hoist or the rectangle closest to the pole] was the lone star and between each point a letter of the word ‘Texas.’ This was a flag the Anglo-Celtic defenders of the Alamo would have died for.”

Really enjoyed your great but brief introduction to the photos by Frank Downs [December 2021 issue]. This era in Western history is underreported and would make a great book.

Thank you. We have received some wonderful feedback on the feature on Frank Downs’ photographs of Nome, Alaska. Here is another remarkable photo that the New England prospector took of Nome’s Front Street at midnight on June 21, 1900. —SR

I enjoyed Henry C. Parke’s December 2021 article “Dern’d If I Do” on Bruce Dern, a consummate actor and my favorite rattlesnake-on-legs. It was gratifying to learn this true professional remains active and vibrant. Thanks for another entertaining issue.

I enjoyed your recent “Best of the West 2022: Western Books.” I would like to suggest a bookstore for your award for next year. Coas Bookstore, here in Las Cruces, New Mexico, has been around for more than 40 years and boasts two storefronts and over 500,000 books, including a fine collection of Western titles and important Western authors such as Rhodes, Dobi and others. It wouldn’t be a stretch to say that the store is the hub of the rejuvenated downtown and is very supportive of local authors like myself. In fact, between Las Cruces and Mesilla, we have four bookstores that support local authors.

Thank you! We at True West love learning about local bookstores. I will make a point to visit Coas Bookstore the next time I am in Las Cruces. I encourage our readers to send us information about their best local bookstores, the cornerstones of communities keeping the Old West alive. —SR

On page 64 of the December 2021 issue, the caption referring to the 50th anniversary of Bruce Dern’s film The Cowboys should have read “half a century later,” not half a decade later.