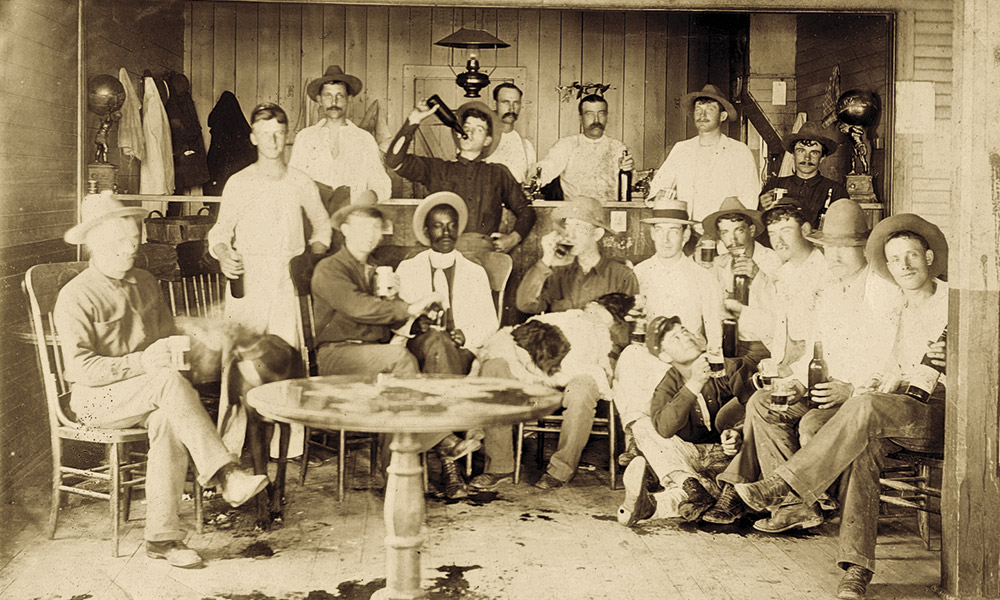 Isaiah Dorman’s claim to fame? He was the only black man killed at the Little Big Horn battle. While not much is known about his early life, Dorman was quite the fascinating character.

Historians are unclear on when Dorman was born (1832 and 1820s are dates given) or where (born as a Pennsylvania freedman or a Louisiana slave who escaped north).

Dorman appears in the records in 1865, when the U.S. Army hired him as a courier between Forts Wadsworth and Rice in Dakota Territory, a tough and dangerous, 360-mile trek through the heart of Sioux country. Dorman traveled it by foot, for $100 a month. He apparently made friends with the Sioux, including Chief Sitting Bull, and eventually married a Hunkpapa woman.

After his two years on the job, his story gets muddled. Some reports state he started a ranch, or he worked as a woodcutter, or he lived with the Sioux. Maybe the adventuresome Dorman did them all.

In 1871, the Army hired him to guide Northern Pacific Railroad surveyors; he probably also served as a Sioux interpreter, a job he continued at Fort Rice over the next several years. His work came to the attention of Lt. Col. George Armstrong Custer. In the spring of 1876, the officer paid Dorman to be an interpreter during his expedition.

When the famous Big Horn fight began on June 25, 1876, Dorman was with Maj. Marcus Reno’s detachment. As Reno’s command came under attack, the major ordered the remaining soldiers to dash for a nearby hill. In the confusion, Dorman got left behind.

This is where his story gets cloudy again.

In one account, the interpreter kept firing until he was shot in the chest. Several Sioux converged on him, ready to finish him off.  Robert Utley, in his Sitting Bull biography, notes the chief came upon the scene and gave Dorman a cup of water. Sitting Bull rode off, and the other Indians made quick work of the black man.

In another account, Hunkpapa woman Eagle Robe is given credit for killing Dorman with a rifle shot. The other Indians shot him full of arrows, then cut and stabbed the corpse before mutilating it. The Sioux believed that he would carry those wounds into the next life.

A relief detachment found Dorman’s body a few days later. He was originally buried on the Reno battlefield, but his remains were later moved to the Little Bighorn National Cemetery.

A report stated the government owed him $62.50 for his services in June 1876. Nobody ever claimed the money.

Dorman died hard—but his legacy goes beyond that singular event.