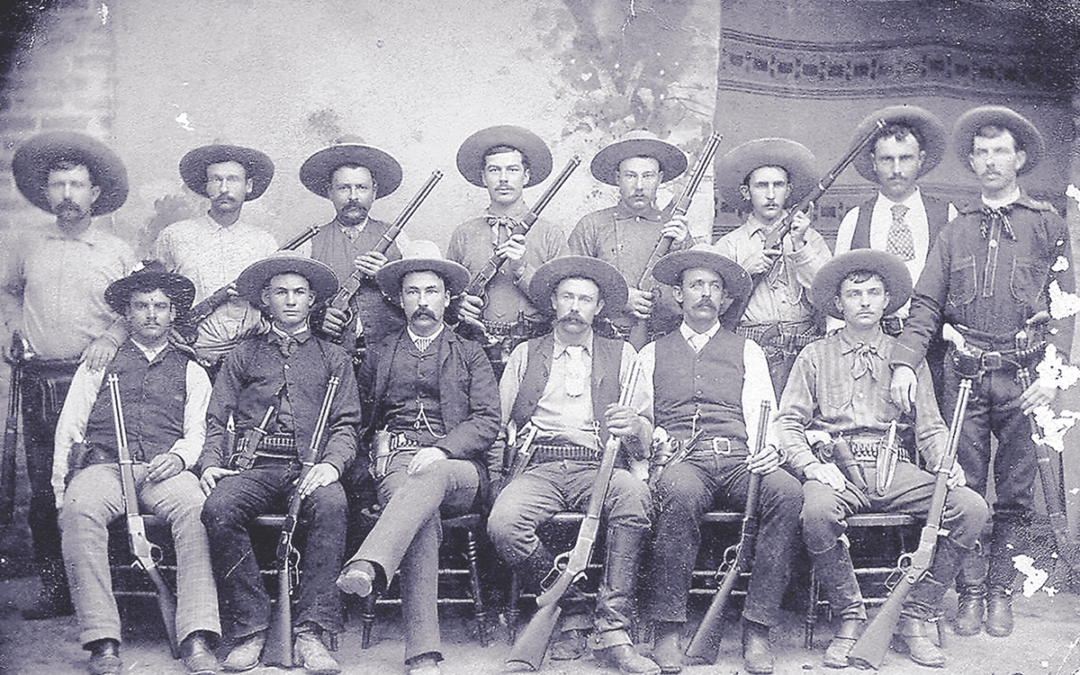 The courage of a lawman led to his untimely death.

Texas Ranger Captain Frank Jones had guts—nobody questioned that. He had fought outlaws for decades, bringing an untold number to justice (and a few to a bloody end). But that courage eventually led  to his death on June 30, 1893.

Jones, 37 at the time, had been a Ranger for 20 years and was well respected by all. He and a detachment of four Rangers (accompanied by a young Tejano man) were looking for members of the Bosque Gang along the Mexican border. The outlaws had been raiding Texas cattle and horses, then driving the animals to Mexico. The situation was so bad that Jones requested additional forces to take on the rustlers. Ranger officials did not respond to his request.

On the morning of June 30, Jones and company were on the scout when they saw two Mexicans riding toward them. When the pair saw the lawmen, they wheeled around and raced away. Jones and his men gave chase until they reached the tiny village of Tres Jacales. At least four Mexicans were in one of the buildings and opened fire on the Americans. Jones took a bullet to the leg but kept shooting at the attackers. One of his men tried to rescue the captain—but Jones was hit in the chest and died on the spot. 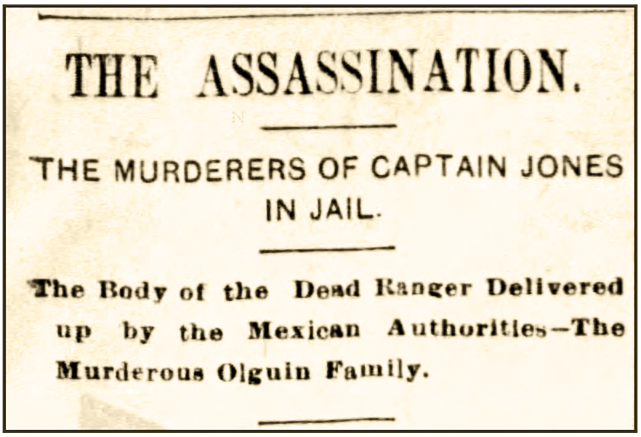 His men kept up the good fight for about an hour, wounding two of the Mexicans. But the Rangers were informed that they were actually in Mexico—and that federales were on the way to join the battle on the side of the outlaws. The lawmen decided that the better part of valor was to return to the U.S. They left Captain Jones’s body behind, unable to retrieve it.

Texas officials requested that Jones be returned to his own country, but initially the Mexicans refused. Eventually, negotiations between the two sides resulted in the retrieval of the captain’s remains.

But the story was not over. In a rare sign of cooperation, Mexican soldiers joined with a Texas posse in tracking down members of the Bosque Gang. Several were arrested and jailed, but Mexican officials later released them. Some apparently didn’t escape justice. Three of the gang leaders soon died under mysterious circumstances. It’s believed that the Rangers got their revenge for the killing of Frank Jones.

The captain was initially buried in a plot at his father-in-law’s ranch. But in 1936, the body was moved to a cemetery in Ysleta, where a state historical marker now stands to honor one of the greatest Texas Rangers of all time.