Get Out of Dodge! 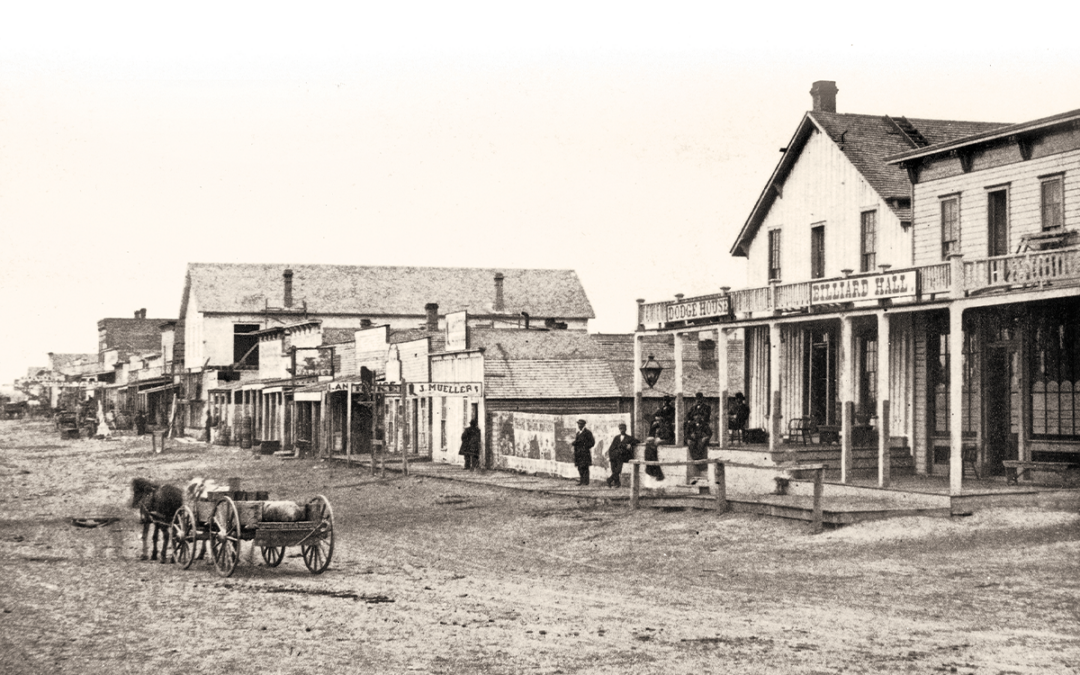 Since Dodge City was founded 150 years ago, the Kansas cowtown is still the reigning queen of the West.

“Queen of the Cowtowns” was the moniker historian Stanley Vestal bestowed on Dodge City, and the name stuck. The prairie town was certainly the most famous and longest lasting of the wild Kansas cattle towns that terminated the Chisholm and Western trails. Up from Texas came literally millions of long-horned cattle destined for the Kansas railheads and shipment east. They would feed a rapidly growing industrial nation. Infamous in its own day as a frontier Gomorrah, Dodge City has lived on in popular culture as the toughest of all the Western boomtowns, thanks to books—by popular writers including Vestal, Stuart Lake, Odie Faulk and Tom Clavin—but especially because of film and television (even outshining its pop culture rivals Tombstone and Deadwood).

The town was founded in the summer of 1872 by Col. Richard Dodge, along with several Army colleagues and post-sutler Robert Wright, on 87 acres of Ford County prairie near Fort Dodge in southwestern Kansas in hopes of capturing business traffic connected to the westward-building Santa Fe Railroad. With the arrival of the railroad the astute founders saw an opportunity to seize a portion of the lucrative Texas cattle trade.

The rising political power of the grangers (organized farmers) had closed the eastern cattle towns—Abilene, Ellsworth, Wichita—to the Texas drovers. The farmers were outraged by the Texans trampling their fences and grazing their herds in their fields, and they were disgusted with the saloons, brothels, gambling houses and gunfights that marked the arrival of the herds at the end of the seasonal drives. They were especially nervous about Texas tick fever that was deadly to their cows, even though the sturdy longhorns were immune to it. Dodge and Wright, unconcerned by such trifles, sent riders south to urge the cattlemen to take a cutoff from the Chisholm Trail on the Cimarron River that led northwest to Dodge City.

It was the buffalo hide trade that first nourished the new town (200,000 hides shipped east in 1872 alone), but the spikes quickly played out. Wolf pelts, other furs and buffalo bones all sustained the local economy until the first herds arrived in 1876. The town was soon booming with Wright operating its largest general store. Wright proved as able a politician as a businessman as he continually persuaded the state legislature to keep the tick quarantine line to the east of Dodge. During the cattle season the town overflowed with rowdy drovers, gamblers, prostitutes, con artists and a colorful cast of frontier characters including Wyatt Earp, Bat Masterson, Doc Holliday, Luke Short and Ben Thompson. By the 1880s over half a million Texas cattle were annually being shipped eastward from the Dodge City stockyards. (Imagine the aroma.) Eventually the lure of the rich prairie soil (heavily fertilized by all those cows) brought in the inevitable farmers who demanded that the quarantine line be moved westward. When they finally succeeded in 1885, the golden days of Dodge City came to an end.

Dodge City was eventually rescued from sleepy obscurity by some talented Western writers as well as a string of Western movies in which the likes of William S. Hart, Errol Flynn, Wild Bill Elliot, George Montgomery, Joel McCrea, James Stewart and Kevin Costner cleaned up the West’s most lawless town. It was television, however, that firmly cemented Dodge City’s place as the quintessential frontier town. On September 6, 1955, The Life and Legend of Wyatt Earp starring Hugh O’Brian premiered on ABC as television’s first “adult” Western. Four nights later, Gunsmoke, starring James Arness as Marshal Matt Dillon, premiered on CBS.

Gunsmoke was based on a popular CBS radio program created by John Meston and Norman Macdonnell that aired from 1952 until 1961 (with William Conrad as Dillon). Dodge City, the most lawless town in the West, quickly had a surplus of stalwart TV lawmen to keep order (and they were joined in 1958 by Gene Barry in Bat Masterson on NBC, although the show was not set in Dodge). The shows were wildly popular and generated a host of toy guns, costumes, comics, children’s books and play sets. The Wyatt Earp program, which aired until 1961, eventually left Dodge for Tombstone, but Gunsmoke ran for 20 seasons as Marshal Dillon continually told a host of unsavory characters to “get out of Dodge.” That phrase eventually entered the American lexicon to mean to get away to avoid trouble. Thanks to Gunsmoke, which ended its 480-episode run in 1975, Dodge City’s crown as the “Queen of the Cowtowns” rested firmly in place.

Paul Andrew Hutton is Distinguished Professor of history at the University of New Mexico. He is the author or editor of a dozen books, including the award-winning Phil Sheridan and His Army and The Apache Wars. He is currently writing a history of the American frontier movement, The Undiscovered Country, to be published by Dutton/Random House. 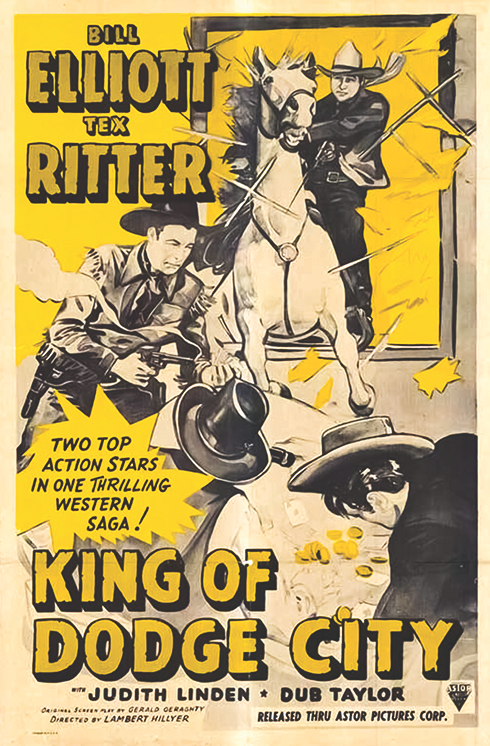 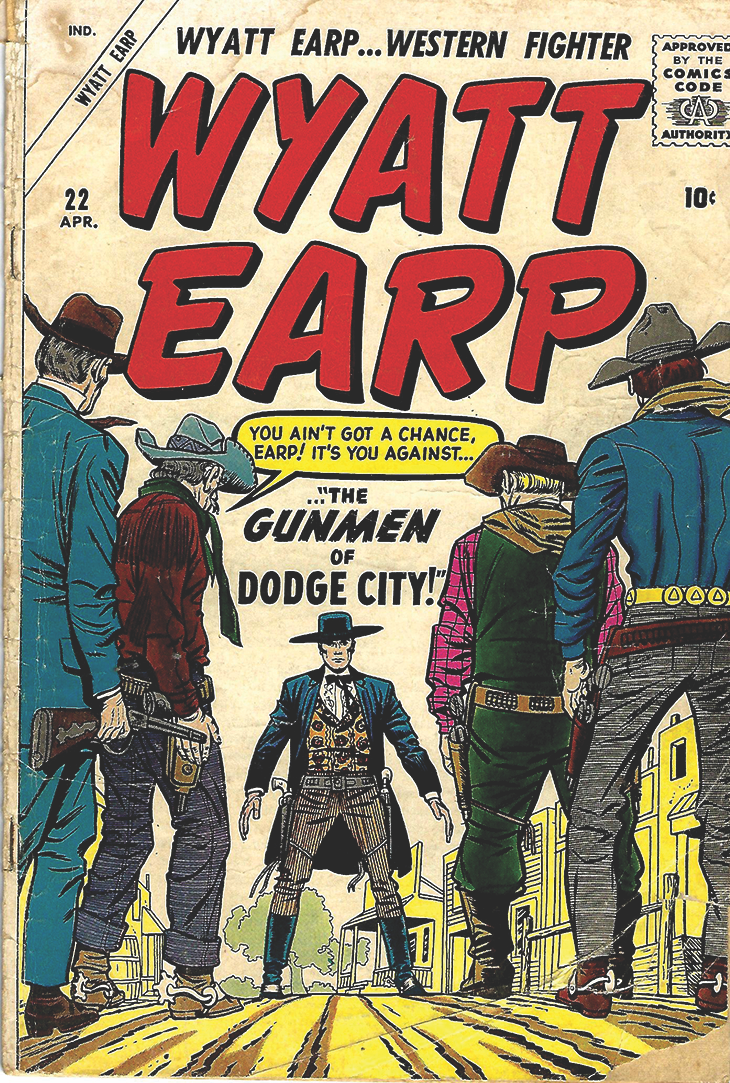