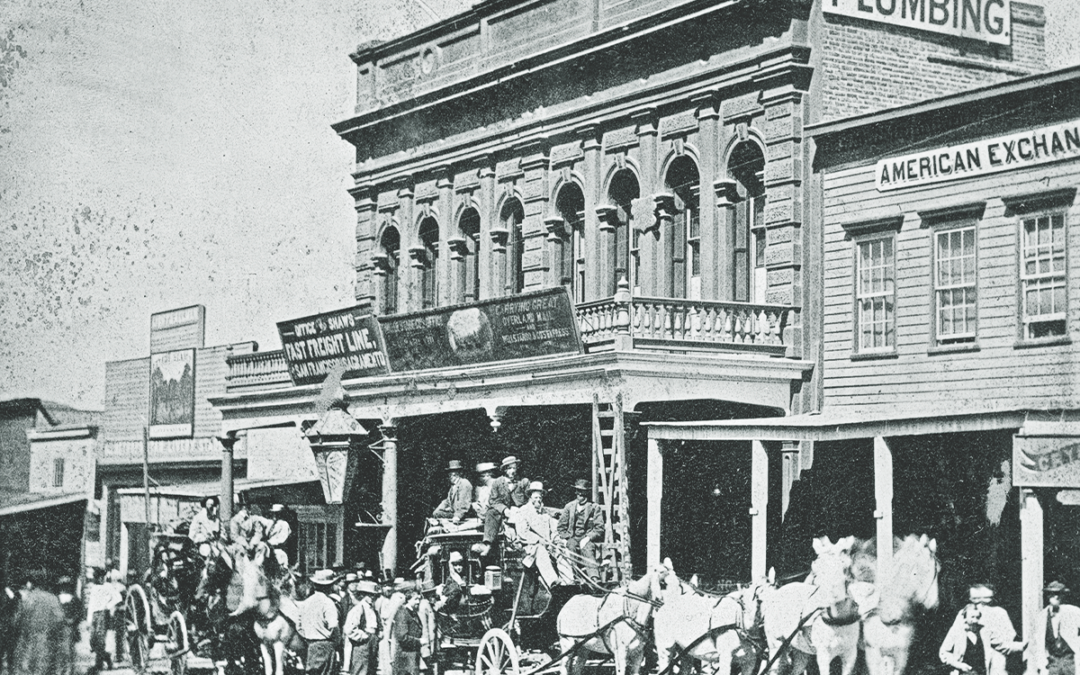 Can you tell me why Wild Bill Hickok wore his guns backwards?

Many successful shootists preferred the cross draw. For example, if you’re sitting at a faro table or in the saddle, it’s much easier to reach across and pull your gun than it is to reach back to your right hip to pull your pistol. From a standing position the holster needs to be more towards the front of your left leg. As you draw, you swivel your hip to the right. The cross draw was popular with men who spent a lot of time sitting at a poker table or on horseback.

The strong side-carry with the butt to the rear was and is faster and more accurate. If you are standing, the cross draw is the slowest, the twist-draw next, and the standard butt to the rear is the fastest. All this predates buscadero rigs and tied-down holsters that show up in the movies and TV.

Did any wagon trains ever simply disappear without a trace?

There is no record of that. There is usually some evidence left behind. But it was courting danger to go solo with a wagon, as there were all kinds of human predators lurking on those trails—as experienced by the Oatman party in 1851 on the Gila Trail in Arizona. All were brutally murdered except a son who was injured but survived and two daughters who were taken captive.

When a stage was robbed, were the depositors compensated or did they simply lose their money?

Banks were not federally insured to cover losses until 1933. Until then, depositors were just out of luck. That’s why there were so many runs on banks. John Boessenecker, author of Shotguns and Messengers: The Brave Men Who Rode for Wells Fargo in the Wild West, writes, “It depended on the express company, but I think most repaid losses, or no one would trust them. Passengers who were robbed had no recourse; they were out of luck.”

Did Indians have facial hair?

American Indians do have facial hair but it’s sparse and can be easily plucked. Some Indigenous tribes of America did wear moustaches and beards, but they were in the minority.

Was the term “steer” used in the Old West for bulls? And were cows also driven in those cattle drives?

The herds were made up of both cows and steers. As you know, a steer is a castrated bull, and they are used primarily for beef. Heifers are young female cattle that have not yet borne calves. They can be used for breeding, and they can also be raised for beef. Sometimes a calf would be born on the drive and was too young to keep up with the herd, so the cook might butcher it, or he might give it to a farmer.

In early cowboy movies, I notice that often the shootists have the web of their hand between their thumb and first finger over the hammer. Also, they “flick” the gun forward to shoot. What’s going on?

It’s a good thing they’re following a script. In a real gunfight, “flicking the gun forward” is a sure way to miss what you’re aiming at. First, to properly pull your pistol from the holster, your thumb cocks the hammer; second, at the same time, your index finger goes to the front of the trigger guard, so the gun doesn’t fire prematurely. Third, when you point your weapon, the index finger goes inside the trigger guard and on the trigger. That way you won’t accidentally put a bullet in your foot or kneecap.