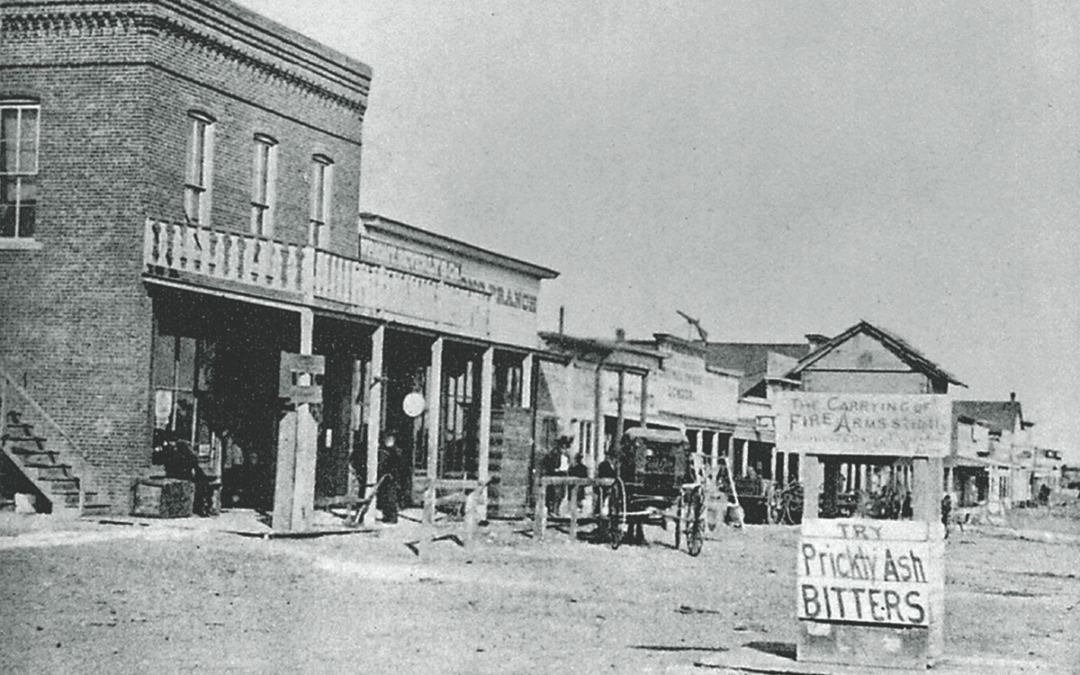 Bullets Careen into the Long Branch 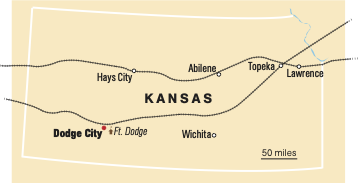 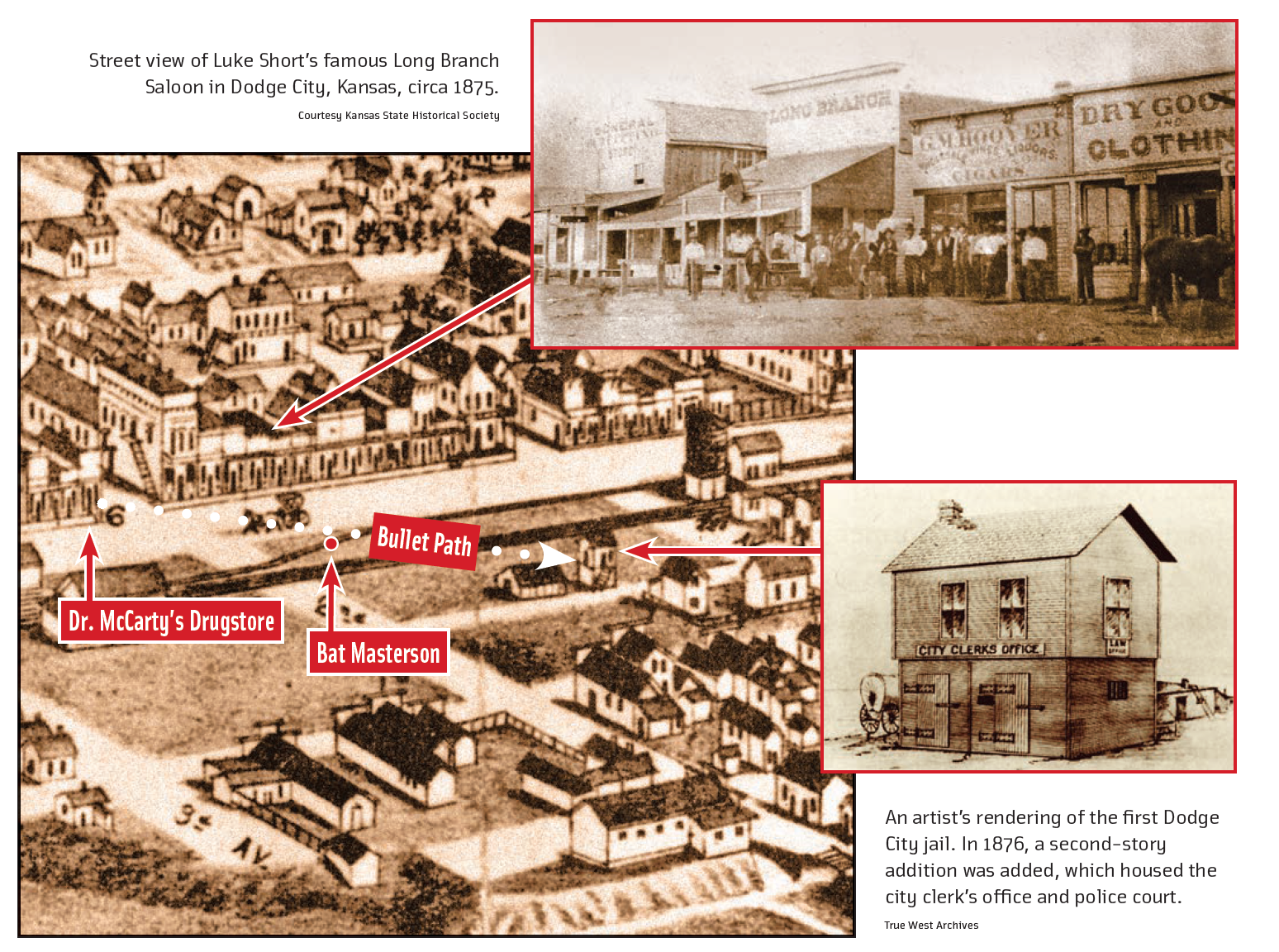 A hearing was held, and formal charges were brought against Bat Masterson. The complaint stated that “W.B. Masterson did…unlawfully, feloniously, discharge a pistol upon the streets of said city.” Bat pleaded guilty and was fined $8 in costs. Jim Masterson dissolved his partnership with A.J. Peacock, and both brothers left town on the evening train. Ford County Globe claimed, “They were allowed to leave town, with the understanding that they were not to return.”

Of course, Bat Masterson did return in April of 1883, to come to the aid of his friend Luke Short who had been harassed by the town fathers. The authorities arrested three “female singers” in Short’s Long Branch Saloon. Other saloons were spared harassment. Short puts out the call to Bat Masterson, who in turn, summons Wyatt Earp and the rest of the Dodge City Gang, who converged on Dodge. Wyatt negotiated a satisfactory settlement for Short, and they all retired to a portrait studio to have their picture taken (see Dodge City Peace Commission, page 40).

After the Battle of the Plaza, Jim Masterson left Dodge City with his brother Bat. Jim worked in law enforcement in Colorado, New Mexico and Oklahoma until his death from tuberculosis at the age of 39 on March 31, 1895.