What History Has Taught Me: Jeffrey J. Mariotte 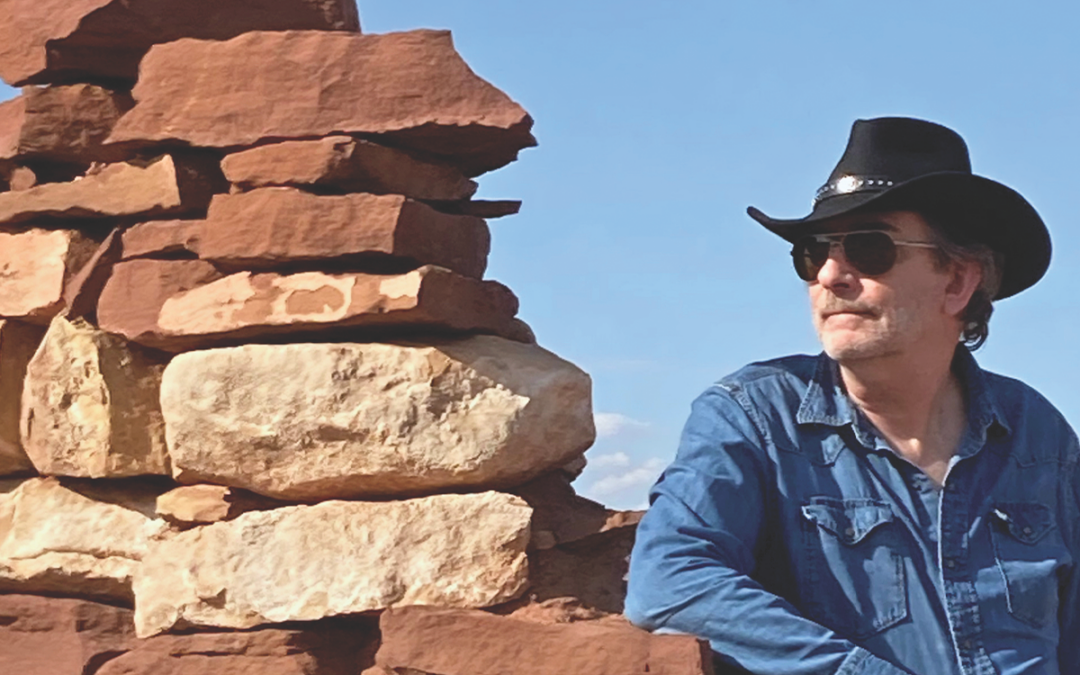 Author, Graphic Novelist Jeffrey J. Mariotte is the award-winning author of dozens of books, including the historical Western epic Blood and Gold: The Legend of Joaquin Murrieta (with Peter Murrieta), the Cody Cavanaugh Western series, the Major Crimes Squad: Phoenix series, Tarzan and the Forest of Stone and many more in various genres. He’s also known for his comics and graphic novel work, especially the long-running Weird Western series Desperadoes. He lives in the desert with his wife, Marsheila Rockwell.

My parents taught me to seek beauty and peace, which is why I traded Southern California for 40 acres in Arizona’s Sulphur Springs Valley, where I could see only bits of five other structures but could see mountains in every direction. Every inch of ground there was living history.

As a kid in Europe, I went to an elementary school in France run by the Supreme Headquarters Allied Powers Europe (SHAPE). Kids from every NATO country attended the school, which was taught primarily in French but with one period a day dedicated to the student’s home country and language. There, I learned how to get along with people from diverse backgrounds, which has served me well over the decades. I also learned how to make and play “Knockers” with chestnuts and string, which has had less relevance as I’ve aged.

My first comic book was a Roy Rogers comic I found in a Russian barber’s shop inside a building run by the U.S. Department of Defense. Having loved Roy on TV back in the States, I grabbed it up and read it cover to cover. That started a lifelong love of Western comics and fiction that has never ebbed.

Writing comics is always a collaboration because I don’t draw. When an artist and I really mesh, the result turns out a million times better than I pictured.

An author I’d like to have dinner with is Loren D. Estleman. I met him once, very briefly, at a WWA convention. Like me, he writes in different genres, but he does it so well and he makes it look so easy, though I know it’s not.

Western novels have formed a big part of my reading ever since I read Gordon D. Shirreff’s Mystery of the Haunted Mine in fifth grade. Set around mountains he called the Espectros but were clearly the Superstitions, it had an early-50s Western vibe along with aspects of the mystery and hints of the supernatural. Everything I love to write came out of that book. And now I can see the Superstitions from my bedroom window.

Tarzan was a boyhood favorite from early days, watching Johnny Weissmuller movies on the family TV. Later, I became interested in the era of the pulp magazine heroes, and I got reacquainted with the Lord of the Jungle and other Burroughs characters, powering through dozens of his novels. Getting to write a Tarzan book and to set Tarzan loose in Arizona was truly a dream come true.

Being married to another writer is the best of all possible worlds. Marsheila (Marcy) Rockwell and I are one another’s first readers and copy editors, but more important than that, we both understand and respect the process—the occasional need to just sit and think, or to spend hours on end at the keyboard, or to travel to visit a location that will appear on a single page of a book.

What history has taught me is to do things right the first time, so they’ll last. When I lived in Germany in my teens, a wall built by the Romans ran through the city—still standing after many hundreds of years. In southeastern Arizona I lived about midway between Tombstone and Skeleton Canyon, the site of Geronimo’s ultimate surrender—two places that are still talked about and likely always will be. I don’t know if any of my writings will survive the ages, but I figure if I try to write like it will, I have a better chance than if I just knocked it out.