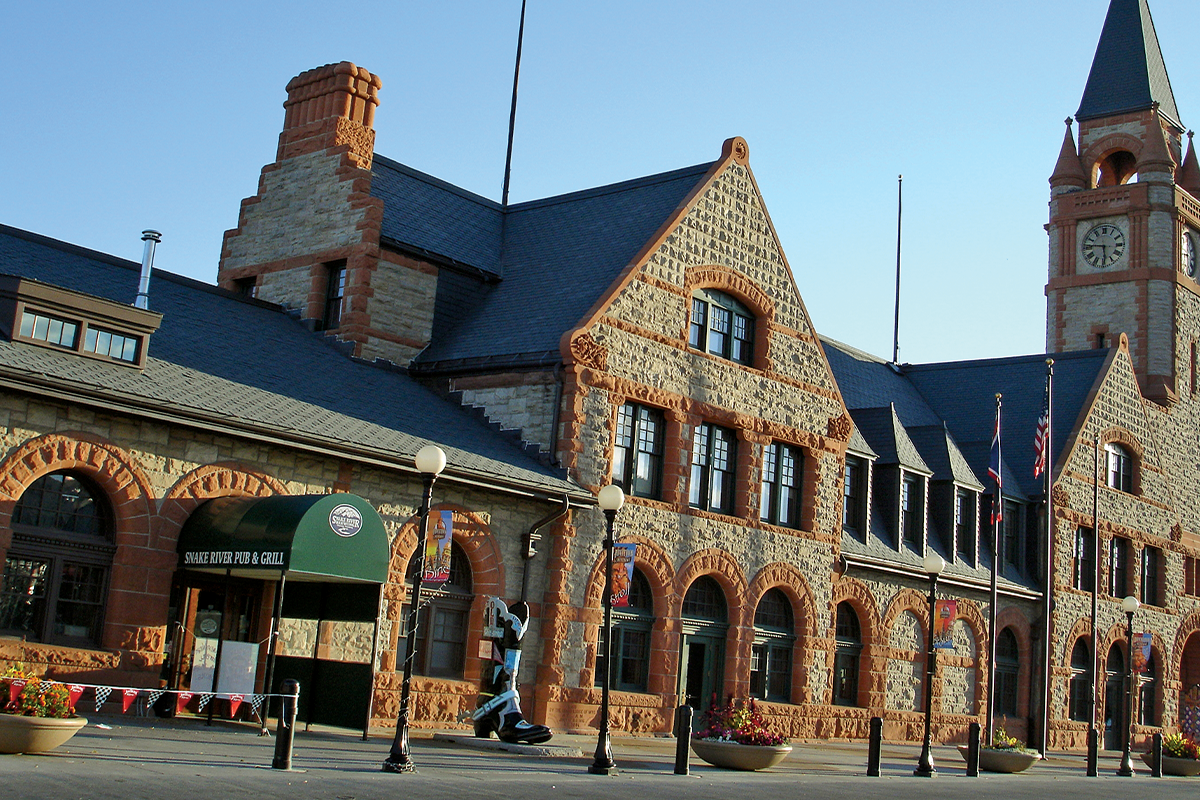 Hit the road where the famous roamed across the Cowboy State.

Butch, Sundance, Wild Bill, Calamity and Buffalo Bill are just a few of the Old West characters who spent time in Wyoming. A visit to the state is a chance to see places where they walked (or rode) the streets more than a century ago.

Buffalo: End of the Trail for Johnson County Invaders

When the Johnson County invasion force comprised of Texas cowboys and Wyoming cattlemen rode north from Casper in 1892, they intended to wipe out the men they had labeled as cattle rustlers. At the KC Ranch they encountered Nate Champion, Nick Ray, Ben Jones and Bill Walker. Having no quarrel with Walker and Jones, the cattlemen allowed the two to leave the ranch house unharmed, but they surrounded the cabin sheltering Champion and Ray and ultimately killed both. Their interlude at the KC changed the course of their plans, however, when other area residents saw the attack there and spread the word to Buffalo.

Upon departing the KC, the invasion force continued north, with an intended target of men on a dead list and the town of Buffalo. They got as far as the TA Ranch, about 14 miles from Buffalo, when a group of county residents, who had organized at Buffalo upon learning of the advancing invaders, forced another siege. This time the invaders were surrounded and fighting for their lives. They negotiated their way into a surrender after successfully getting a message to Governor Amos Barber about their plight. The governor, with support from the state’s two senators, informed President Benjamin Harrison of the situation in Johnson County, and he ordered federal troops from Fort McKinney, located near Buffalo, to take command of the situation. The invaders were taken into custody but never prosecuted.

Learn more about the Johnson County Invasion as well as the Indian battles that took place in the region at the Jim Gatchell Museum in Buffalo or during a visit to Fort Phil Kearny State Historic Site. By traveling north of Buffalo, visitors can also see the locations where the December 21, 1866, Fetterman Fight and the Wagon Box Fight of August 2, 1867, took place. The Occidental Hotel served visitors to Buffalo in the period of the Johnson County Invasion, and it still does today, though the building and the beds have been greatly improved.

Cheyenne: Frontier crossroads for the likes of Hickok, Horn and Calamity Jane

Born in Missouri in 1856, Martha Canary came west with her family, spent part of her childhood in the Montana goldfields near Virginia City and Nevada City, came of age, most likely, in Utah before working her way east to Cheyenne. Along the way she picked up the name Calamity Jane.

Started as an end-of-tracks town by the Union Pacific Railroad, Cheyenne was the Territorial capital of Wyoming by the time Calamity arrived in the early 1870s. This city, established when the Union Pacific Railroad pushed through in 1867, became a hub for people headed into Wyoming, and many now-famous folks were there in addition to Calamity, including Wild Bill Hickok, Bat Masterson, Doc Holliday and Tom Horn.

While Calamity, Hickok, Masterson and Holiday spent limited time in the city, Tom Horn was there often as it was part of his regular stomping ground during his years as a range detective. Horn spent time drinking in Cheyenne and made his famous confession for the killing of Willie Nickell in the Inter-Ocean Hotel in downtown Cheyenne. Not only that, but he was held in the local jail prior to his hanging in Cheyenne on November 20, 1903.

Cheyenne’s downtown is wonderfully preserved with many of the buildings from the end of Horn’s era still in use. The Cheyenne Railroad Depot anchors the area and includes a visitor information center as well as a railroad museum. Also in the downtown area is the Nelson Museum, with its impressive, eclectic collection of Old West gear and Indian memorabilia, and the small Cowgirl of the West Museum. For history and artifacts, visit The Cheyenne Frontier Days Old West Museum and Messenger’s Old West Museum.

William F. Cody recruited performers for his Wild West show in Sheridan, but he left his name on a town west of the Bighorn Mountains, where his legacy is on display at the Buffalo Bill Center of the West. In the center’s Buffalo Bill Museum vintage film shows Cody in his Wild West performance days, and there are personal family items on display. Down the street is the Irma Hotel, named for his daughter, where you can still have a drink at the bar he brought to the community. Other attractions at the Center of the West include the Cody Firearms Museum, Plains Indian Museum, Whitney Western Art Museum, Draper Wildlife Museum and McCracken Research Library. Cody is a good place to explore frontier history at Old Trail Town, a collection of authentic buildings gathered from across the region. Unlike the spit and polish of the Center of the West, Old Trail Town is rough and tumble and just about as real as it gets if you want to see and touch history. At the Cody Firearms Experience, shoot replica weapons ranging from a 1795 Springfield (flintlock) and an 1862 Gatling gun to an 1851 Colt Navy or a Buntline Special and dozens of others.

Get ready for rodeo every night during the summer or at the Cody Stampede July 1-4 or plan to attend the Winchester Arms Collectors Association annual show July 8-10. Cody is also the eastern gateway to Yellowstone National Park, which celebrates its sesquicentennial this year. Not far down the highway is the Meeteetse Museum, where visitors learn more about the ranching community. The museum has a summer speaker’s series, plans a tour of the historic ranches of Meeteetse and a program on how the archaeological record can give insight into landscape use.

Kaycee: Gateway to Hole in the Wall

Named for the KC Ranch, this small town is a gateway to Hole-in-the-Wall country where the Wild Bunch that included Butch Cassidy, Sundance Kid, Flat Nose George Currie, Elzy Lay and dozens of others regularly gathered and hid out. Still remote and exhibiting much of the wild nature Butch and Sundance saw, Hole-in-the-Wall is a good place to get a sense of the country they loved.

Hoofprints of the Past Museum not only has displays about local history (and local outlaws), but it also hosts an annual tour, this year planned for June 4, that incorporates the KC fight site from the 1892 Johnson County Invasion, where Nate Champion was killed, along with Hole-in-the-Wall valley. Champion was first ambushed at the Hall Cabin, which will be seen from an overlook during the tour. The tour also visits the homestead of Alex Ghent, and the Hole-in-the-Wall site itself. Seeing the long red wall and a landscape little changed from when Butch and Sundance rode through it, is reason enough to take this tour, but the museum also provides breakfast and lunch along with history experts to share details from events in the area.

Laramie: Gem City of the Plains —Where Butch Cassidy was behind bars

The only time Butch Cassidy was jailed was at the Wyoming Territorial Prison in Laramie, where he spent two years. He was reportedly a “model” prisoner as he served his sentence for horse theft. The prison, which served as the University of Wyoming’s livestock farm headquarters for many years, has been restored and operates as a state historic site. Besides seeing the original prison jail cells, you’ll find a collection of historic and contemporary buildings representative of the area history and exhibits in the old horse barn from the stock farm days. The prison was in use from 1872 until 1903. Initially it served as a federal prison but became the state penitentiary when Wyoming achieved statehood in 1890.

Cassidy (Robert LeRoy Parker) was convicted and put in the prison in 1894 by Lander Judge Jesse Knight for buying a stolen horse from Billy Nutcher. After serving about 18 months, Cassidy was released early and then pardoned by Governor William Richards because the judge informed the governor that he had failed to disclose to the jury that in Wyoming the purchase of stolen goods was a crime only if the person buying the goods knew they were stolen. Knight said that it was unclear whether Cassidy knew the horse he bought was a stolen animal. 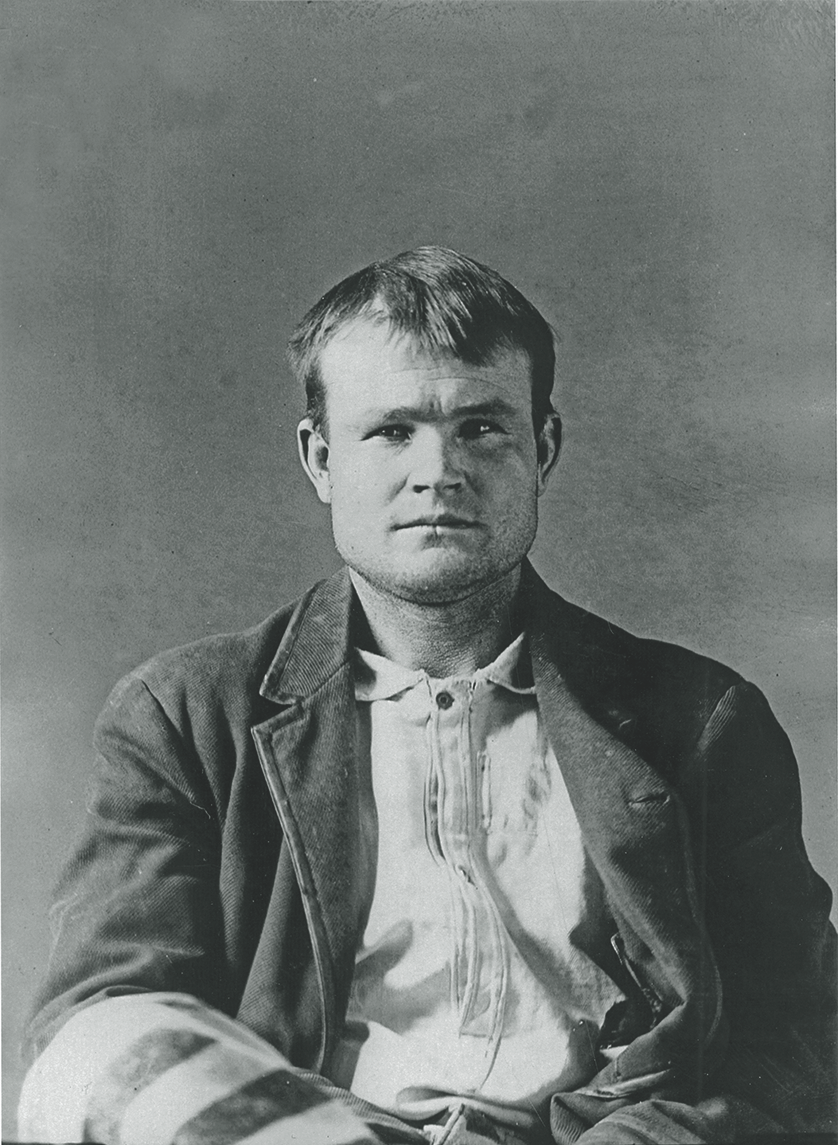 When Cassidy was released from prison, he was no doubt told to keep his nose out of trouble. But clearly that stint behind bars didn’t keep Cassidy on the straight and narrow. Within a short time, he was in-volved in outlaw activities. He had learned one thing, though, and that was how to elude law enforcers; he never again went to jail or prison.

In addition to the Territorial Prison, Laramie has a variety of other sites worth a visit including the Laramie Plains Museum at the Historic Ivinson Mansion and Wyoming’s Women’s History House. Midway between Laramie and Cheyenne, visit the Ames Monument, which recognizes the construction of the Union Pacific Railroad, which gave both cities their start.

Sundance: The town that gave an outlaw his name

Harry Alonzo Longabaugh left his Pennsylvania home while still in his teens to travel with a cousin to Durango and Cortez, Colorado, where they found work on ranches. Longabaugh then drifted north to work on the N-N Ranch near Culbertson, Montana. But on February 27, 1887, when out of work, his life took a twist. Longabaugh stole a horse, a gun and a saddle from an employee of the VVV Ranch near Sundance, Wyoming. He was arrested in Miles City, Montana, pleaded guilty on August 5, 1887, and spent 18 months in the Sundance town jail until pardoned by Wyoming Governor Thomas Moonlight on February 4, 1889. From this he earned the name: the Sundance Kid.

Learn more about Longabaugh’s time in the town that gave him his better-known name with a visit to the Crook County Museum. Nearby are two other sites well worth a visit. The Vore Buffalo Jump, adjacent to I-90 east of Sundance, is a rich bonebed that is the remnant of ancient hunting practices of American Indians. Another site sacred to local tribes is the geologic wonder of Devils Tower, located north of Sundance, near Hulett. Hiking trails lead around the tower’s base and through the adjacent wooded landscape. 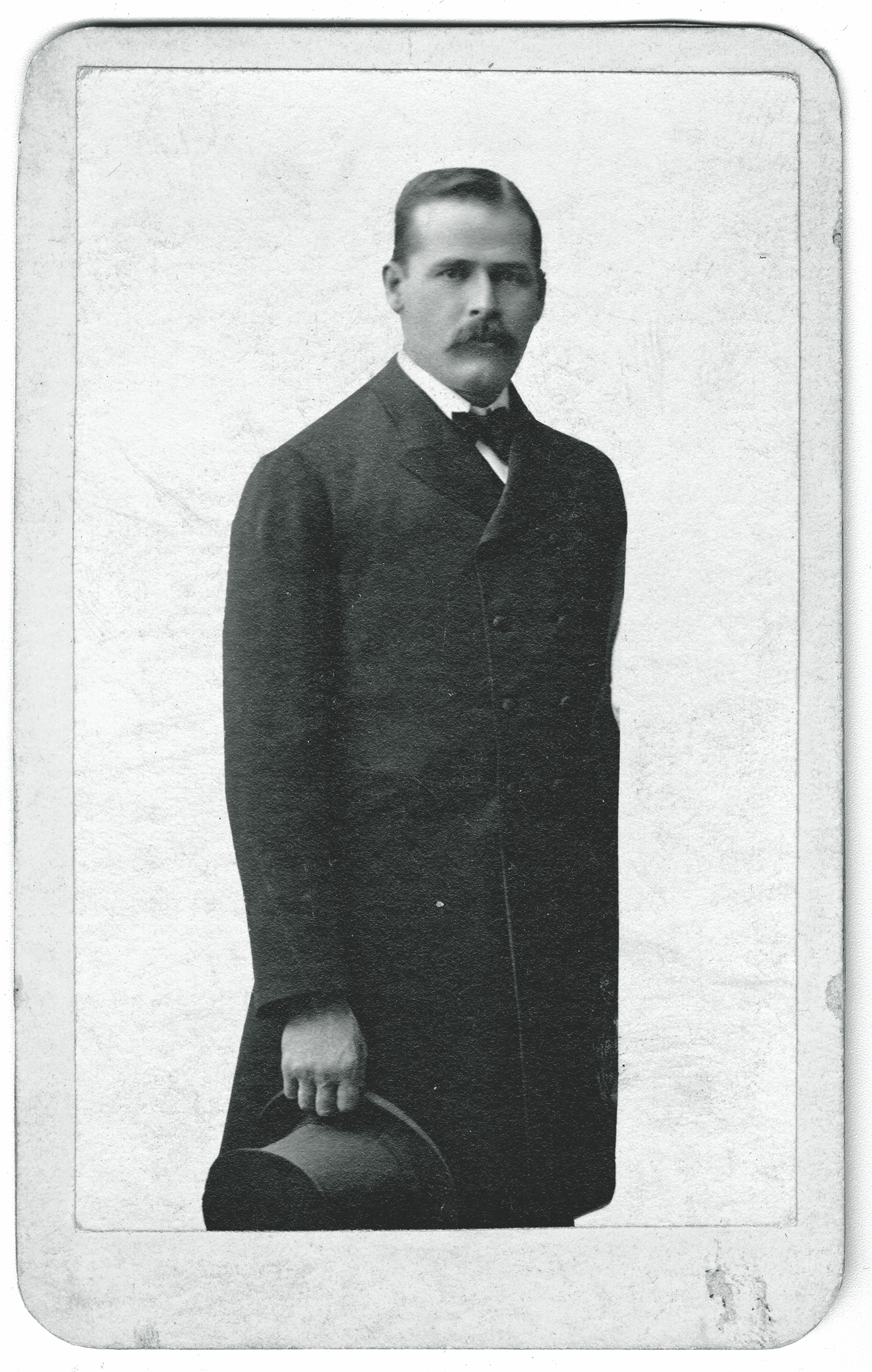 Wide Spot in the Road: Wyoming

Sometimes history comes full circle. That is the case with the collection of Plains Indian artifacts once owned by Goelet and Edith Galatin, who arrived in Big Horn in 1910. They welcomed visits from nearby Crow Indians and in return were given tribal items ranging from war bonnets to pipes and pipe bags and women’s clothing. Ultimately they had an extensive and important collection of Plains Indian gear, clothing and material culture. For a time, these items were on display at the Chicago Art Institute, but they were returned to Big Horn and the region where they were first made, worn, used and appreciated. They are now among the featured exhibits at the Forrest E. Mars Jr. Building at The Brinton Museum. Other Plains Indian artifacts on display are from the collection of Bradford Brinton, who purchased the Quarter Circle A Ranch in 1923. The Brinton Ranch House, also a part of the museum, features the original artwork of Hans Kleiber, Bill Gollings, Edward Borein, John James Audubon and Frank Tenney Johnson among others. TheBrintonMuseum.org

Candy Moulton is the author of Roadside History of Wyoming.