What History Has Taught Me: Samuel K. Dolan 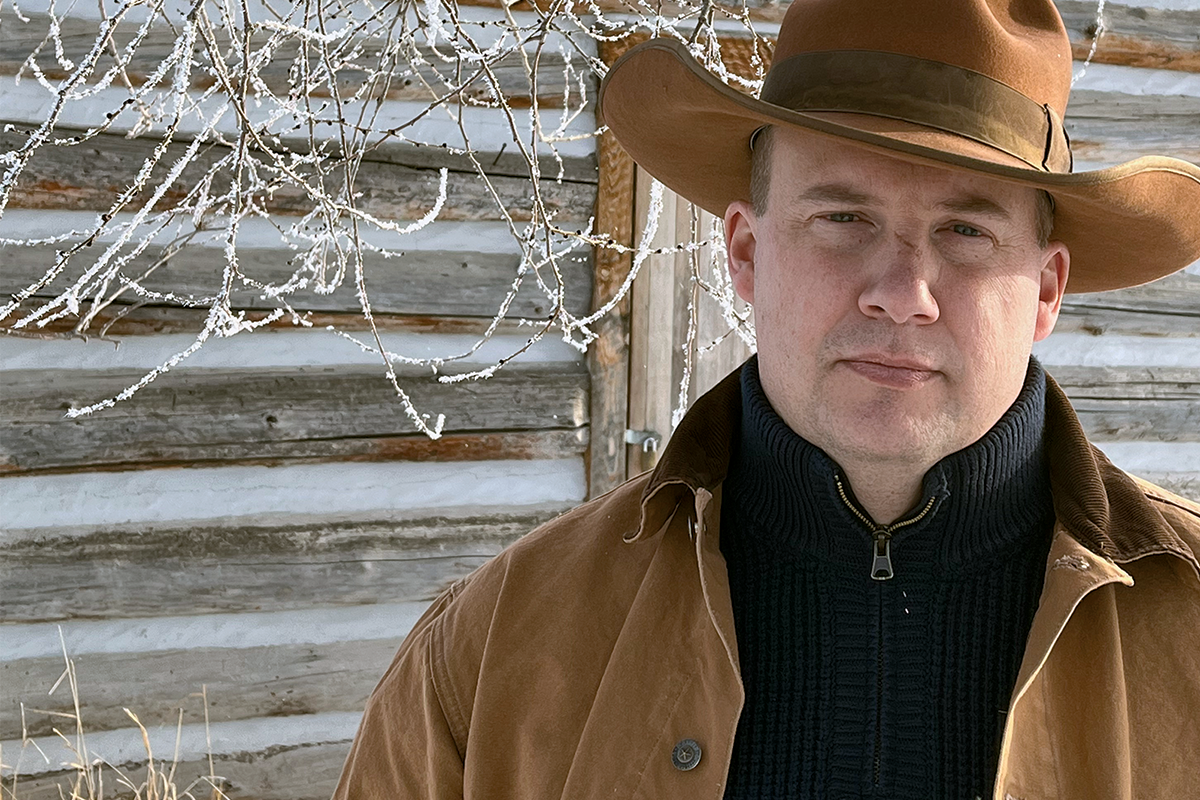 Samuel K. Dolan is a writer and Emmy Award-winning television producer based in Montana. His career in film and television began at the age of 13 when he spent the summer of 1993 working on the movie Tombstone. He has contributed to both True West and The Tombstone Epitaph. His third book, The Line Riders: The Border Patrol, Prohibition and the Liquor War on the Rio Grande is due out in the fall of 2022.

I grew up in Sedona, Arizona. Most of the time I lived in an area outside of town called “Elmerville.” We had horses and access to national forest land along Oak Creek and the base of House Mountain. It was wonderful.

My parents came from opposite ends of the continent. My mother was raised in California and came from a long line of Westerners who had lived in Colorado, Kansas and Nebraska. Dad was from Massachusetts, and his people were sailors and clam diggers.

Growing up in Sedona was really interesting. At a young age I came into contact with a lot of fascinating people. I’m lucky to have lived in such a beautiful place.

A mentor is John Boessenecker. I doubt that I would have become a nonfiction author without John’s friendship.

An author I admire is Chuck Parsons. He and Bob Alexander are great chroniclers of Texas lawmen.

My first Western hero was John Wayne. The day my mother died of cancer I watched The Sons of Katie Elder. I was eight years old and totally devastated. For me, as a child, Wayne’s characters represented a sort of strength, which I desperately needed.

My favorite Western is My Darling Clementine. I love the shadows and the dialogue. The Professionals with Lee Marvin, Burt Lancaster and Woody Strode is a close second.

Tombstone was the great adventure of my youth. My first day I was in a scene with Kurt Russell. He hands me the reins to his horse and says, “Easy on the grain, Butch.” It was a hard summer, though. Tough on horses and people. God bless Sam Elliott. He treated everyone so well. I hope to meet him again one day just to thank him.

Working and living in Los Angeles was tough. I missed Arizona constantly. Still, I made great friends there.

Montana is a beautiful place. The people here are fantastic.

A small-town diner I always liked was the Agawam Diner in Rowley, Massachusetts. My father and I would go there on visits back east. It seems these diners are sort of vanishing, but they’re still the best places to really learn about a town or city.

John Ford is still the master. The Grapes of Wrath is beautiful. The Searchers is controversial now, and not without reason, but I’ve always felt that it explored violence and racism in a way other ’50s Westerns didn’t.

Documentary film production was my education. I was blessed to have so many great mentors. I’m also thankful to have met and interviewed so many of our nation’s veterans.

A film director I admire is Budd Boetticher. I like the low-budget films he made with Randolph Scott.

Writing is something that I love. You can have some really tough days where you confront a lot of shortcomings and doubts, but it’s still very rewarding.

An adventure was working on Navajo Cops for National Geographic. I met some great first responders for the Navajo Nation. Through them I learned a little bit about what dedication and bravery really are.

Being a father is the most rewarding and wonderful thing in my whole life.

Texas border history is filled with stories of courage and tragedy, of cultures coming together and also coming into conflict. Many of these stories have been overlooked, and there are some hard truths, but they’re important to understanding our relationship with our neighbors.

What history has taught me is that nothing really ends when we think it does. The West was still “wild” in the 1920s and 1930s and some parts are still “wild” today. This is especially true of the borderlands. Evolution and change are constant, but in other ways some things never change.