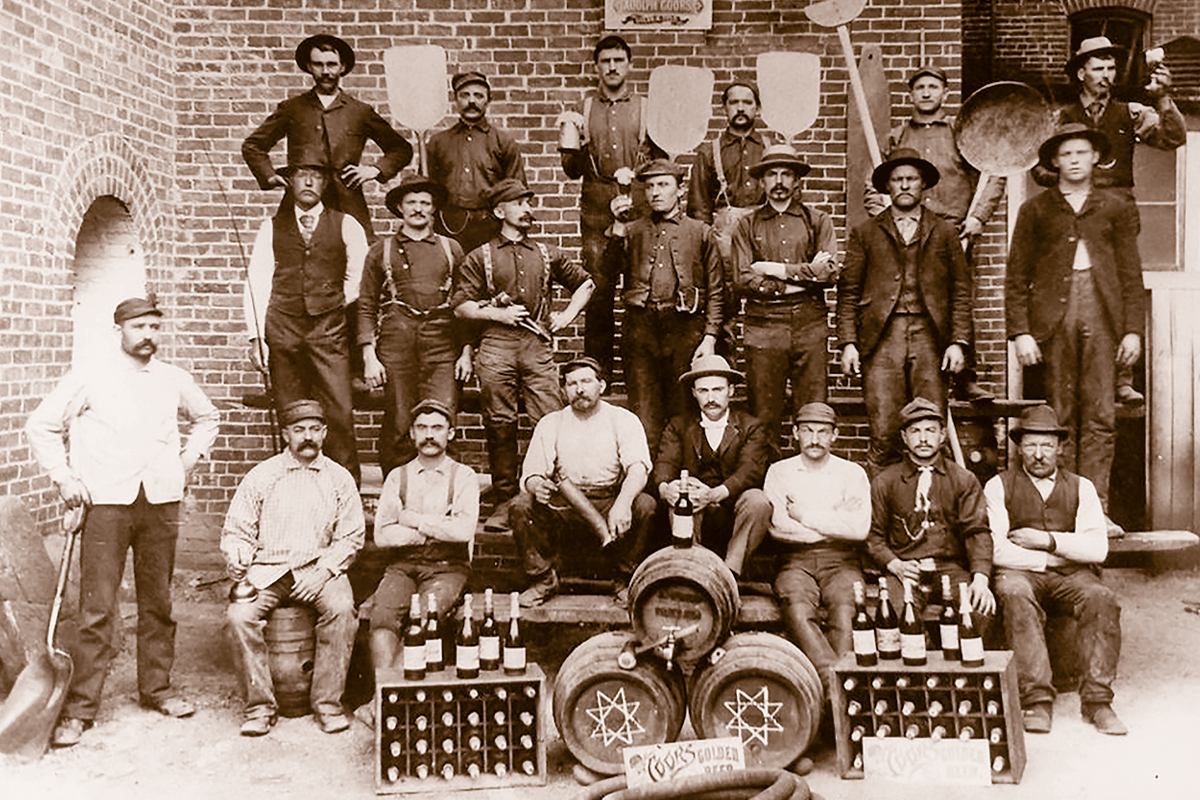 I was reading some stories about Tombstone; some historians have speculated that Billy Breakenridge may have been gay? Is this true?

Wells Fargo agent Fred Dodge may have started rumors by saying, “Billy was a nice young girl in those days, and undoubtedly today is a nice old lady.” But just what Dodge meant by that is unknown; he certainly didn’t come out and say that Breakenridge was gay.

That was picked up by people including Sadie Marcus Earp, Wyatt’s common law wife, and author/fabricator Glenn Boyer. They were trying to smear Breakenridge—but offered nothing to back it up.

Breakenridge was fearless and a pretty good lawman. His abilities with a firearm and his fists were well-known. He just happened to be with the anti-Earp faction during the feud in Cochise County. It’s true that he never married, but there’s no proof that Breakenridge was gay.

Were there brewers in the Old West?

Yes, several German immigrants opened breweries. Adolphus Busch started Budweiser in 1876 in St. Louis. Adolph Coors was founded in the West in 1873 in Golden City, Colorado. Several other companies later branched out in the West.

Can you tell me about the Yuma Crossing and the Native people who lived there?

The Yuma-Quechan-Kwatsaan lived at the junction of the Colorado and Gila rivers. They claimed a vast amount of land on the lower Colorado. When the U.S. gained possession following the Mexican War, the crossing was vitally important, as it was the only all-weather route to California, so a military post, Fort Yuma, was built there.

Following the Gold Rush to California in 1849, many of the immigrants passing through abused the Quechan people and let their livestock feed on the native crops. They were a fierce warrior tribe and for a time they rebelled, forcing the soldiers to abandon the fort. Still, the tribe was forced on to the reservation in 1884.

How do filmmakers make sure there are no rattlesnakes while they are filming Westerns?

Then and now, they had to deal with them. Most of those actors in the early days were real cowboys so they were used to being wary of rattlers. A rattlesnake doesn’t usually go looking for trouble, so as long as you don’t startle it. They would get out of the way.

What were tumbleweed wagons?

Tumbleweed wagons, or jails on wheels, varied from place to place. About the only thing they had in common is they all had bars on the windows and door. The prisoners were usually being transported to a courthouse to be tried. For example, when Deputy U.S. Marshal Bass Reeves went out in the Indian Territory with a handful of warrants, he took along a tumbleweed wagon and a cook. At night they camped and the cook prepared the grub. The prisoners slept on the ground, chained up to the rear axle of the wagon. After chow the next morning, they got back into the wagon. The trip to the federal court in Fort Smith might have taken several days.

When did the last wagon travel on the Oregon Trail?

The last wagon known to have traveled the length of the trail was driven in 1906 by Ezra Meeker. He was an aging Oregon Trail emigrant who was conducting a one-man publicity campaign to remind people of the historic significance of the Oregon Trail. However, we’ve had visitors at the End of the Oregon Trail Interpretive Center who recalled that, because their family couldn’t afford the train fare, they traveled the trail by wagon as late as 1912.