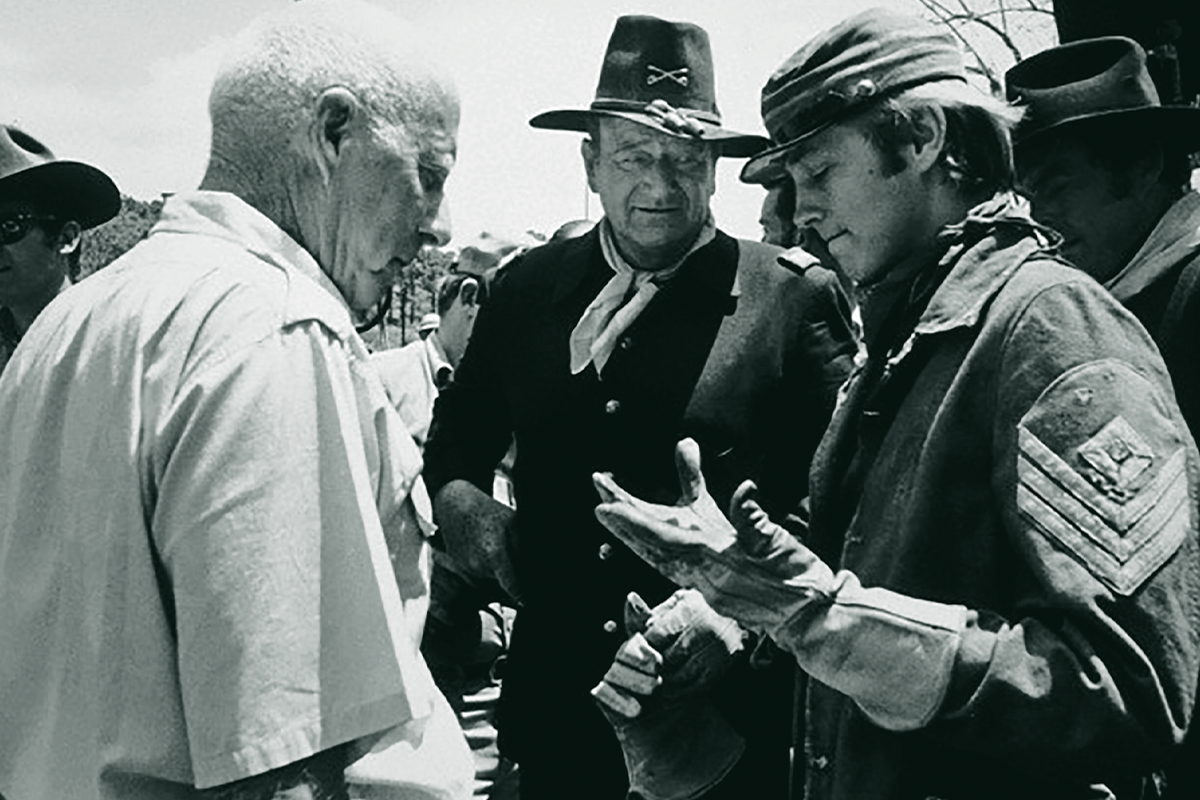 The reluctant Western star shares memories of his acting career.

“Dad started acting just about the time I was born, in 1943,” Christopher Mitchum recalls. “His first 14 films, he was uncredited; he was a bad guy in Hopalong Cassidy movies. Then William Boyd gave him a break, his first line, in Hoppy Serves a Writ. He took off from there.” While Robert Mitchum’s older son Jim had a film career that was blessed and cursed by his startling resemblance to his father, Christopher Mitchum, with blond hair in a bowl cut, had a look distinctly his own.

He grew up at the studios. “Dad’d take us to the set, but he’d usually drop me off in the prop room. I’d be playing with five-foot-long remote-control battleships, and King Kong and things like that. I just thought he worked in a great toy shop.”

When did Christopher decide to become an actor? “I didn’t. I was planning on teaching and writing.” While completing his degree at the University of Arizona, he and his wife worked at Old Tucson, “as extras, for $13.80 a day and a free lunch.”

“I ended up as a gopher,” on his father’s film, Young Billy Young, and played his father’s murdered son in flashbacks. On Bigfoot, “I was second assistant director. They lost their lead; Jody McCrea, Joel’s son, wanted $5,000 a week. They said, ‘We only have $500. Do you wanna play the part?’ I said, ‘Sure! I’m making $150 week as second AD.’ Then I was working in accounting on Suppose They Gave a War and Nobody Came? The director told me, ‘We have a part for a hippie GI; you’d be perfect. Wanna do it?” Like it or not, Mitchum was an actor.

Mitchum’s big break came when he was cast in John Wayne’s Chisum, as wingman to Geoff Duel’s Billy the Kid. “One day, Duke’s sitting back, watching the scene. After, Duke comes up, slaps me on the thigh, and says, ‘Yuh know, you should have played Billy the Kid. Howard Hawks is coming down to talk to me about my next film. I’ll introduce you.’”

The film was Rio Lobo, “And that’s probably the job that turned me. Working with Howard Hawks, he really instilled in me a love for being in front of the camera.” In Big Jake, Mitchum had an even bigger role, as one of Wayne’s sons. “I enjoyed that at the end of the movie, everybody else had a bullet wound. I’m the only one not bleeding.”

From there he flew to Spain, costarring with Karl Malden and Olivia Hussey in the crime thriller Summertime Killer. But when he returned home, he says he “didn’t get an interview for 11 months.” When he finally did, the casting director for Steelyard Blues recognized him. “She said, ‘You starred with John Wayne. I can’t interview you.’ Flat out told me I was blackballed.” His problems were not just one-sided. During an appearance on The Tonight Show, following John Wayne, Mitchum told Johnny Carson he’d been campaigning for an anti-pollution bill. “Duke jumped all over me. He couldn’t grasp that a conservative could want clean water, too. He’d signed me to a five-picture contract, but basically never spoke to me again.

“Fortunately, Summertime Killer was the biggest grossing film in Spain’s history. I lived there for three years; worked in Spain, Portugal, Italy, France. Then Thailand, India. I ended up starring in 60 films in 14 different countries.”

After his exile, Mitchum’s next stateside film was another Western, 1976’s The Last Hard Men, starring with friend Charlton Heston, and reunited with Chisum director Andrew V. McLaglen. Mitchum worked pretty steadily after his return, but hadn’t done another Western until 1993, when he got a call from Kevin Jarre, who had written, and was to direct, Tombstone, and was a fan of The Last Hard Men.  “He said, ‘We just hired Chuck Heston. I’d love to see you two together again.’ It was the most beautiful script I’ve ever read in my entire life.” Sadly, Jarre was fired, and Mitchum’s footage cut to one line. “The producers set Kevin up to fire him, because he was a first-time director.”

Today, Mitchum happily attends events, often with Patrick Wayne and other family members, including the opening of The John Wayne Experience in Fort Worth, Texas, and the John Wayne Birthplace Museum in Winterset, Iowa. “Anything I can do to help Duke’s legacy, I’m delighted to do it, because he helped me so much.”

Now, at age 78, he hasn’t given up on acting. “If somebody says, we remember your work and we’d like to put you in our film, I’d do it in a New York minute. I grew up in the era when you sit and talk for an hour with Howard Hawks. I just can’t go through that process of putting together a video and sending it out and being rejected by people I’ve never heard of.”

(Warner Brothers Archive Collection – Blu-ray $21.99) James Stewart is the humorless, desperate bounty hunter bringing conniving but much more likable killer Robert Ryan back to Abilene to hang. Millard Mitchell is the prospector Stewart all but forces to help him. Ralph Meeker is the former Army officer, discharged for raping an Indian, who forces his way into the bargain. And an unglamorized but lovely Janet Leigh is Ryan’s charge. Of the five excellent Anthony Mann-directed James Stewart Westerns, Naked Spur may be the toughest, and is surely the most stripped-down, with only five characters. Shot in Colorado’s snow-covered Rocky Mountains, it may also be the most beautiful. 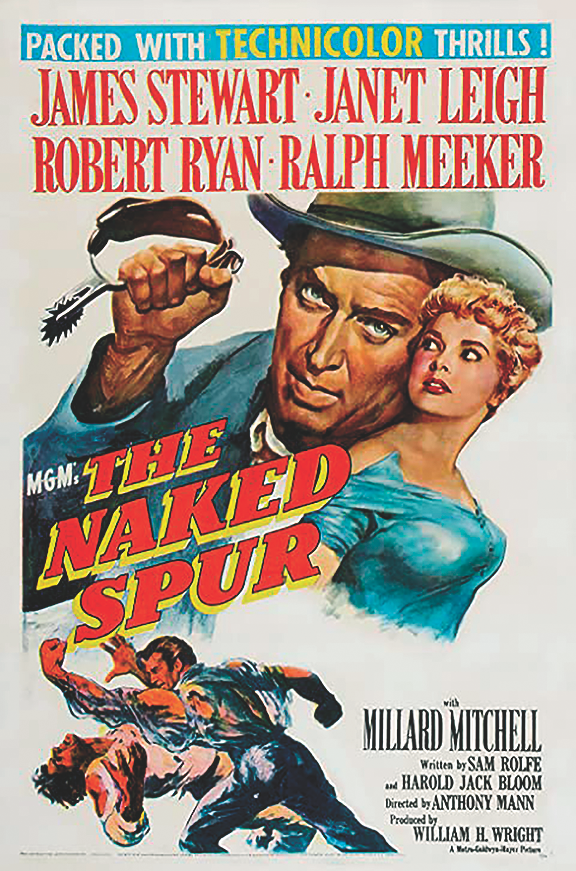 Henry C. Parke, Western Movies Editor for True West, is a screenwriter, and blogs at HenrysWesternRoundup.blogspot.com. His book of interviews, Indians and Cowboys, will be published later this year.