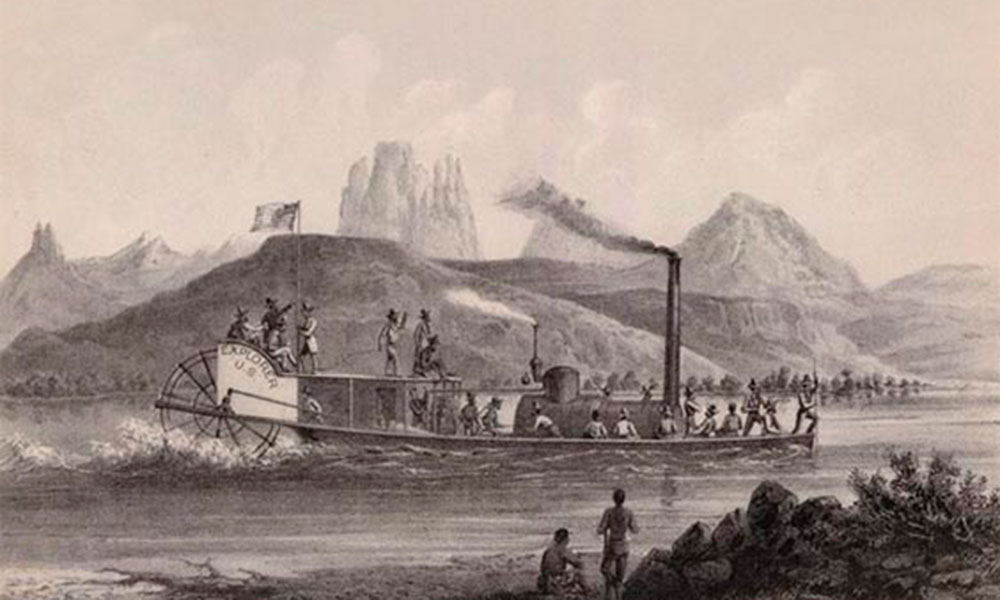 In February, 1848 the United States secured its “Manifest Destiny” with the signing of the Treaty of Guadalupe Hidalgo ending the Mexican War. Mexico agreed to give up its claim to Texas and ceded to the U.S. lands that included California, Utah, Colorado, Wyoming, New Mexico, Nevada and Arizona north of the Gila River. The acquisition of more territory with the Gadsden Purchase six years later marked the final boundaries of the nation.

Most of the new lands now belonging to the Americans were known to only to a few mountain men. They knew the trails, passes and water holes, but that knowledge was stored in their heads. The new landlords wanted the land surveyed and charted. That responsibility became the mission of a rugged bunch of officers known as the Army Corps of Topographical Engineers.  This elite group of soldier-scientists, established in 1838, was a separate unit for only twenty-three years but during that short time they gained more knowledge of the Tierra Incognita than in the previous three hundred years. And, they probably did more, in proportion to their small numbers, toward the “winning of the West” than any other group in American history.

Their heyday was the decade of discovery and wonder just prior to the Civil War. Many of them would rise to the rank of general between 1861 and 1865.

Filling their ranks with the top graduates from West Point, the corps combined the romance of the mountain men with the scientific prowess of the men of the Renaissance. They endured death, hardships, blizzards, frozen mountain passes, hot deserts and hostile Indians to blaze trails across the land for wagons and railroads and future Interstate highways to follow. Unfortunately, their history has been overshadowed by gold rushes and political events leading up to the Civil War.

Decked out in their blue flannel shirts, dark trousers, white hats and boot’s the corps never numbered more than thirty. Along with their scientific equipment each carried a Sharps carbine and Colt revolver. They were usually accompanied by regular troops in dangerous country.

In those days before specialization these young engineers were required to have a working knowledge of botany, biology, ethnology, geology, ornithology, anthropology and meteorology.  Since cameras weren’t available they were also trained as sketch artists to record both the animate and inanimate.

These unsung heroes who mapped the roads west were the prototypes for the Seven Apollo Astronauts of the 1960s who set out to explore another New Frontier.

For further reading: The Great Reconnaissance by Edward S. Wallace