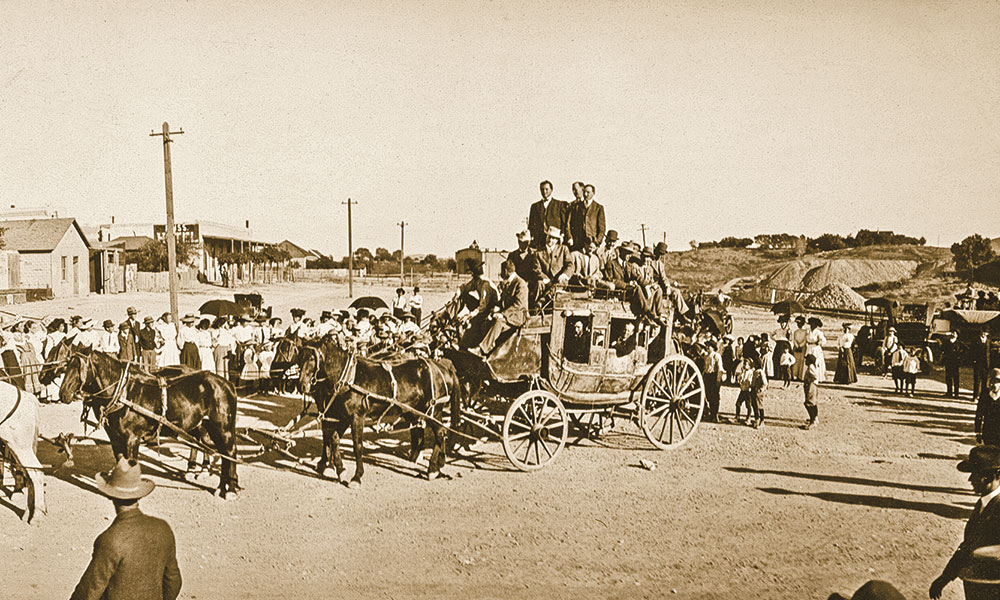 The Cow-boy and Earp factions were already at loggerheads in the fall of 1881.  A stagecoach robbery took things to another level.

On the night of September 8, two masked men held up the Sandy Bob line just outside Tombstone, Arizona Territory, headed toward Bisbee. The stagecoach wasn’t carrying a strongbox, so the robbers shook down the passengers for cash and personal items, and rifled through the mail bag.

They also left behind clues. Passengers heard one outlaw, whose boot left a distinctive print, refer to money as “sugar.” Frank Stilwell matched both of those, and he’d been seen in the area with Pete Spence.  Cochise County Deputy Sheriff Billy Breakenridge’s posse, which included Virgil and Wyatt Earp, arrested the men three days later.

Within weeks, Stilwell was acquitted after several alibi witnesses testified that the duo was far away at the time of the robbery.  Charges against Spence were dropped for lack of evidence. The Earps and their supporters were outraged, convinced that the Cow-boys were the guilty parties.

On October 13, Deputy U.S. Marshal Virgil re-arrested Spence and Stilwell for the Sandy Bob holdup. This time, he filed federal charges against them for tampering with the U.S. mail. Local newspapers got the story wrong, claiming the two were taken into custody over an October 8 stage robbery.  In any case, pals of the accused were incensed, believing the Earps and their allies were harassing Stilwell and Spence.

They made their anger known, according to The Tombstone Epitaph: “…since the arrest of Spence and Stilwell, veiled threats [are] being made that the friends of the accused will ‘get the Earps.’”

In addition, Frank McLaury gave a direct threat, reportedly telling Morgan Earp that the Cow-boys would kill the Earps unless they left well enough alone.

Things simmered until a series of confrontations in Tombstone, from the night of October 25 through the next morning.  That afternoon, gunfire exploded in an empty lot behind the O.K. Corral, leaving three Cow-boys dead and Virgil and Morgan wounded.

Spence and Stilwell kept a low profile for some months after that—even after Virgil was crippled by assassins on December 28.  But when Morgan was murdered on March 18, 1882, a coroner’s jury said the pair (and a couple of others) was responsible.

Two days later, the Earp Vendetta Posse killed Stilwell at the Tucson train depot.  Spence turned himself in to Cochise County Sheriff John Behan and stayed safely in jail until the posse left the territory.

Nobody was ever convicted for the Sandy Bob stage robbery, which had fueled the flames that led to the most famous gunfight in the Old West.