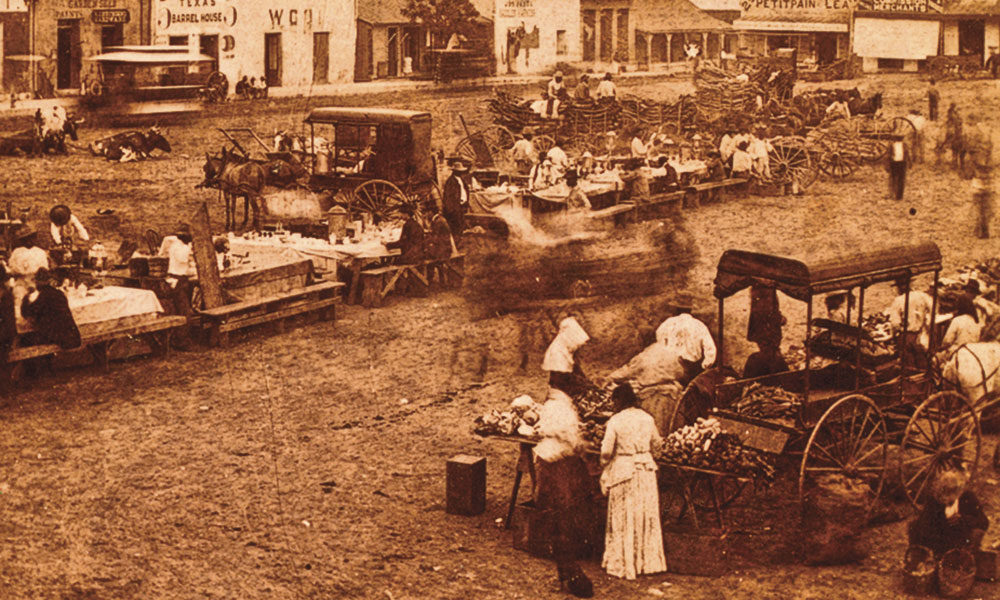 The cuisine of Mexican natives living in the frontier West did not appear on menus in most restaurants or hotels. Victorian pioneers considered it peasant food, and it took time for them to accept it.

As early as 1867, some locales, mostly border states, had Mexican restaurants. Texas had several. San Antonio’s William Weyel served chili con carne, spicy stew containing chile peppers and meat, at his restaurant. “A Mexican meal sets a man up. He feels like getting on a poney [sic] and roping cattle right off,” the San Antonio Daily Express reported about Weyel’s restaurant, on July 25, 1873.

Chili con carne became a popular dish. By 1882, Secretary of War Robert Todd Lincoln was ordering it as part of the U.S. Army’s supply list because it was nutritious and prevented scurvy.

As early as 1885, California had the Voice of Mexico Restaurant in Sacramento, where diners enjoyed tamales, wine and coffee for 10 cents.

By 1886, San Francisco had Luna’s, at the corner of Dupont and Vallejo, where  Ricardo Luna and family cooked up traditional dishes.

By 1898, Montana and other states were embracing Mexican cuisine. The MacCallum & Cloutier mercantile in Anaconda advertised, “Chicken Tamale, delicately prepared from the original Mexican recipe.”

The grocers noted that chicken tamales were a great “fad” in the East at 5 o’clock teas and called them, “Just the right thing for the lunch bucket.” At 35 cents for a one-pound can, who could pass up chicken tamales?

Try your hand at making the most popular frontier Mexican dish and a U.S. Army staple, chili con carne, for dinner.

Place the chile peppers in a bowl and cover with boiling water for one hour. Pour the chile peppers and water into a blender, add the flour and mix until smooth. Pour all the ingredients into a stock pot and cook until tender; about three hours. Taste for seasoning. You can sauté the onions, meat and garlic for extra flavor.