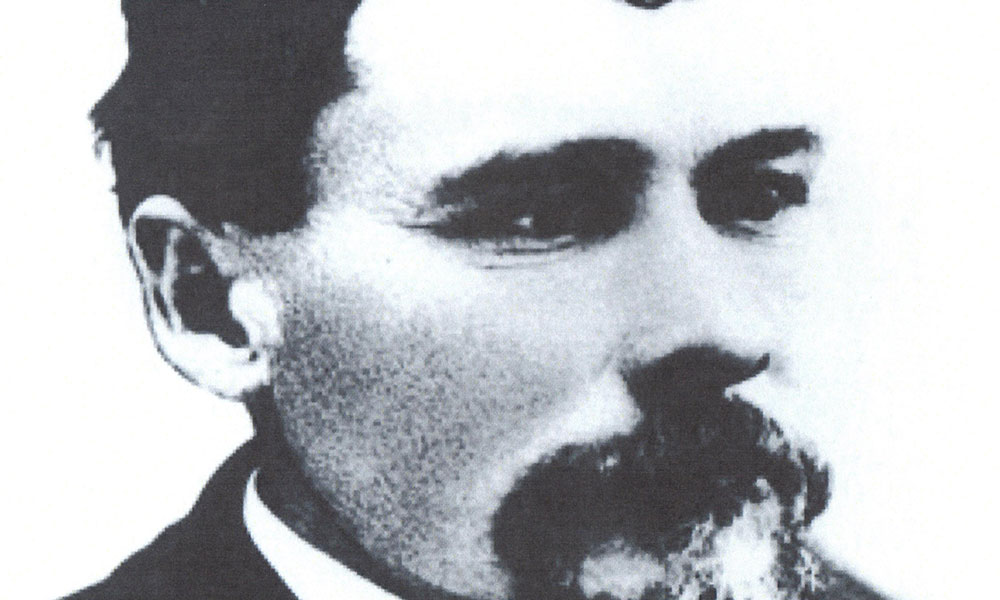 After the death of his beloved wife Eliza from small pox, John Slaughter ex-Confederate soldier and ex-Texas Ranger, now ranching in Cochise County, believed he’d never marry again. But while driving a herd of cattle from Texas to Arizona cupid struck again. This time it was eighteen-year-old Cora Viola Howell, the beautiful daughter of cattleman, Amazon Howell and his wife, Mary Ann.

Her father was overjoyed at the prospect but his future mother-in-law went into hysterics.  John was twice her daughters age and he had two small children that she’d have to raise. But Mary Ann finally gave in and eventually became one of his biggest fans.  Their marriage lasted more than forty years.

The newlyweds settled first in the Sulphur Springs Valley east of the Chiricahua Mountains but they soon moved over to the San Pedro River Valley near Tombstone.

At time the Earp-Cowboy feud was going strong but Slaughter didn’t take sides.  He had no love, however, for his neighbors, the Clanton’s. He’d been missing cattle and one day caught Ike Clanton on his range.  He warned Ike that he would kill him and his kin if it happened again. It didn’t and the rustling stopped.

In 1886, the citizens of Cochise County elected him sheriff, and office he would hold for two terms and during that time he arrested dozens of livestock thieves and booked them into the Hotel de Slaughter, otherwise known as the Cochise County Jail.

He could have stayed on but felt he’d done enough and he wanted to get back to his family and the ranch.  His successor, famed photographer, C.S. Fly appointed him deputy, a position of honor he held until his death in 1922.

In 1884, he’d purchased the old San Bernardino Land Grant ranch in the southeast part of the county.  The ranch consisted of some 64,000 acres, one-third was in Arizona and the other two-thirds in Sonora.  It was blessed with plenty of water, the necessary ingredient in western ranching and a small community developed around it.  Before long an empire that would become one of Arizona greatest ranches was running cattle on a quarter million acres from the Chiricahua Mountains to the Sierra Madre.

When the Apache bands raided his cattle herd, Slaughter took the offense and went into their lair.  Eventually, they avoided his ranges. He assisted the Army in tracking down Geronimo.

Geronimo surrendered in September, 1886 in Skeleton Canyon, on Slaughter’s range. Years later at Fort Sill, old Geronimo commented that before he died he’d like to go back to Arizona and kill John Slaughter.  Slaughter took that as a compliment.

On the other hand Slaughter, like Henry Clay Hooker at the Sierra Bonita, in northern Cochise County, allowed hungry Apache to butcher a beef when necessary.

In 1907 Slaughter was elected to the territorial legislature and served a single term.  But ranching was his life and he was never happier than when he was with his family at the San Bernardino.

By now “Old Dad Time” was catching up with John Slaughter but he still had plenty of fight left in him.  During the Mexican Revolution Pancho Villa’s men were butchering his cattle to feed their army near at Agua Prieta.  Slaughter grabbed his gun, mounted his horse and rode boldly into Villa’s camp with fire in his eyes. He returned home later with his saddlebags full of shiny new twenty dollar gold pieces. Not even Pancho Villa was willing to tangle with the man old Geronimo called, “the wicked little gringo.”

His last battle occurred on May 4th, 1921 when he and Viola, armed with shotguns, held off several bandits who were out to rob the ranch.  He was eighty-one.

Slaughter died the following year in Douglas, the town he helped establish.

John Slaughter was small in size but great in frontier stature.  He was a lawman, cattleman, gunman, gambler, businessman, pioneer, and empire builder.  He was sometimes a bit careless about the legal niceties of the law but it was a rough, tough country and it took men with bark on to tame it. His name will be long-remembered.