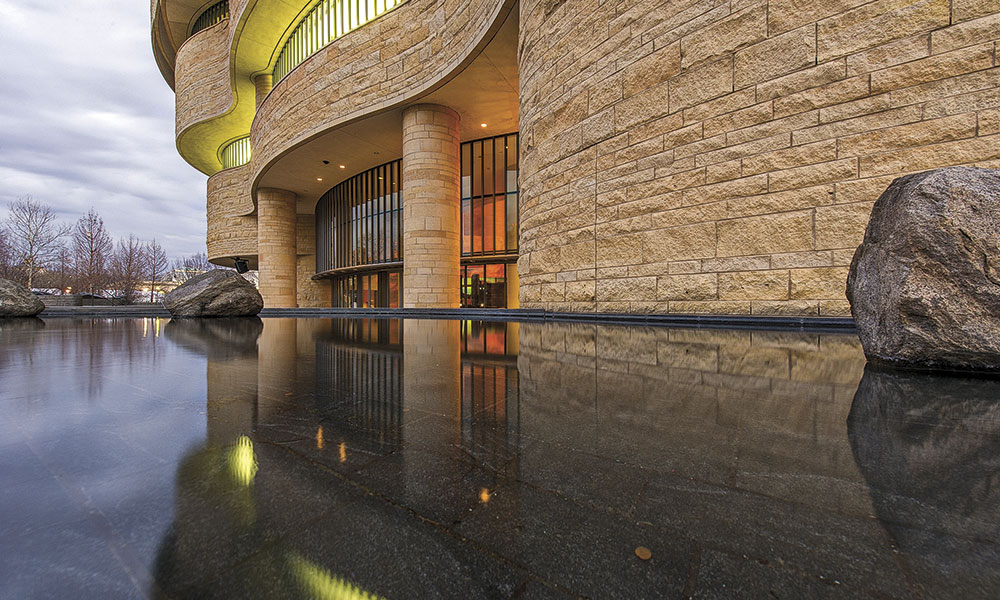 “From Trail of Tears: A Story of Cherokee Removal” (through January) to “Nation to Nation: Treaties Between the United States and American Indian Nations” (through 2021), this museum continues to be diverse in themes and exhibits.

If you want a diverse look at Western art, consider “Immigrant Artists and the American West,” running through June 14, 2020; and “Native Portraiture: Power and Perception” and “Places to Call Home: Settlements in the West and Winter in the West,” all running through February 10, 2019.

“Frederic Remington: Altered States” and “Legacy,” which both close September 8, 2018, were eye-opening and educational, and you can’t beat this museum for its collection of the masters or its price—free.

This great museum, which includes Charles M. Russell’s home and studio, highlights the women in “Charles M. Russell: The Women in His Life and Art,” which closes September 30 before moving to Western Spirit: Scottsdale’s Museum of the West, November 30 through April 14.

Eiteljorg Museum of American Indians and Western Art Indianapolis, IN:

A museum that usually brings in the scholarly and erudite is letting its hair down with “The Reel West.” The exhibit, which runs through February 3, puts movie hats, costumes and more on display while teaching us, through displays and lectures, how Hollywood helped shape “morality, diversity and American identity.”

One of the West’s most recognized artists was a native New Yorker. So there’s no better place to see his art and learn about the artist than here, where Remington’s widow lived and where the museum was founded in 1923.

Once “Upon a Time…The Western: A New Frontier in Art and Film,” which closed in February, enriched the Denver Art Museum’s original idea with paintings, sculptures, photographs and more to illustrate, naturally, how Westerns shaped the world’s perception of the West.

“The Western: An Epic in Art and Film” examined the evolution of America’s most recognized genre; “Jeffrey Gibson: Like a Hammer” gave this contemporary artist of Choctaw and Cherokee heritage a platform; and the Western American and American Indian collections are always inspiring.

“The Rockies and The Alps: Bierstadt, Calame, and the Romance of the Mountains,” which closed in August, featured the museum’s impressive collection of American landscape and European alpine paintings.

The Favell Museum • Klamath Falls, OR:

Western masterworks, more than 100,000 Indian artifacts and a juried art show (September 14-October 27) make this one of the West’s most unheralded art gems.

The Joslyn appears on nearly every art lover’s bucket list due to its permanent collection of greats. “The Race to Promontory: The Transcontinental Railroad and the America West,” which opens October 6 and closes January 1, should bring in history enthusiasts, too.

Hats off for giving us “Paul Kane: Intrepid Artist and Adventurer,” which helped patrons learn about the reclusive artist’s 1845-’48 canoe/camping trip across North America.

Artwork and artifacts illustrate the life and art of a top illustrator from the Golden Age of Pulps.

Located in a restored orphans’ home, seven galleries showcase “the Romance of The West.”

The Native People of North America gallery houses an amazing collection from prehistoric to contemporary times.

For a different take on art, tour Maynard Dixon’s studio and home March15-November 15.

The Museum of Western Art/Kerrville, TX:

This Hill Country treasure honors masters from the 20th century and today.

An art museum for practically everyone, it features great exhibits, art programs, special events and a research library.

Plenty to see, but the “Wickenburg West: Adaptation/Reinvention/Transformation” exhibit remains a highlight.

The emphasis might be on Olaf Wieghorst (1899-1988), but the mission is to preserve Western art and Western heritage for all.