Don’t Mess with the Rangers 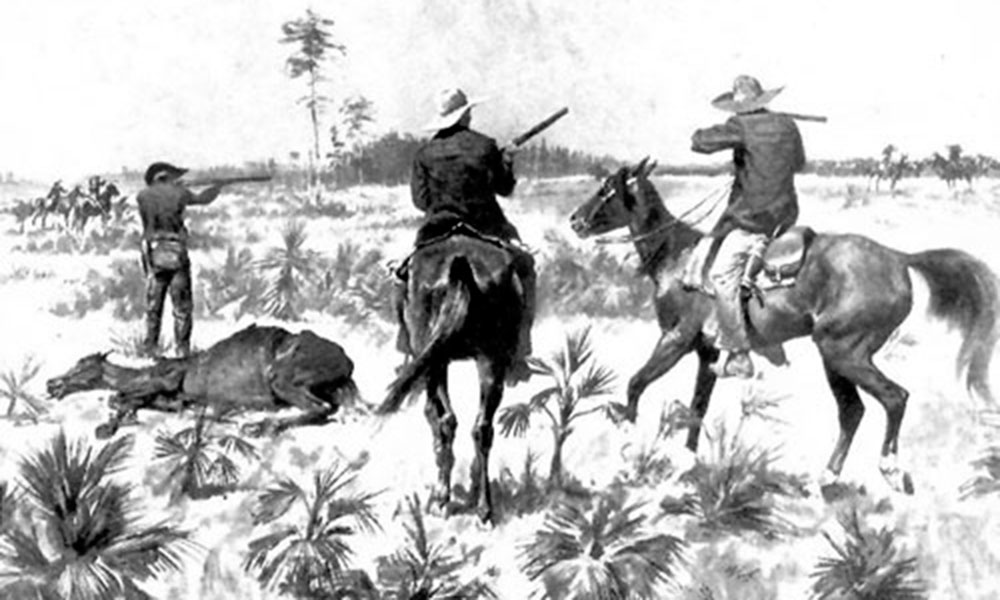 Thomas Brooks picked the wrong guy to rob. April 24, 1896, near Dogtown in the Creek Nation. Brooks heard that a retired Texas Ranger had a stash of money, so he went to
relieve the man of that burden. The Ranger was ready and killed Brooks.

The dead man’s family believed that he was set up by the McFarland family, a clan with
which the Brooks had previous run-ins. The disagreement ignited into a full-blown feud
between the families. It lasted six-and-a-half years and resulted in several deaths and
injuries.