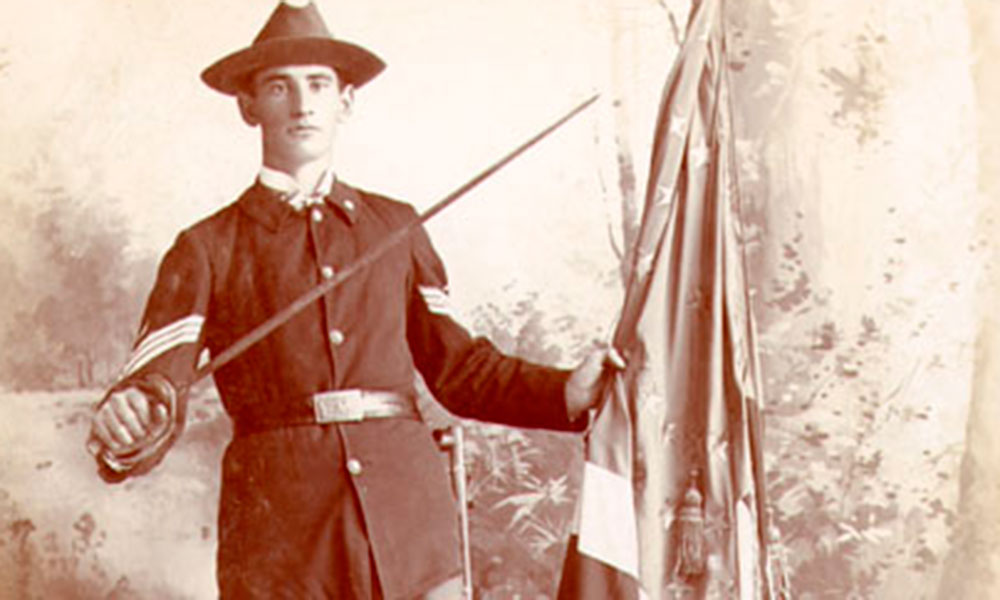 Recently, I received a question from a TW reader who wanted to know if during the 1800s the military had some kind of a boot camp for new recruits before they joined regular units.

A lot would depend on how desperate the times were. Normally, after a short time in a processing post such as Jefferson Barracks near St. Louis, Missouri or Governors Island, NY; Carlisle Barracks was the recruiting depot for mounted men, dragoons and light artillery. New recruits might also be assigned to regular units and learned to drill, manual of arms, horsemanship and marksmanship on the job.

Boot camp or basic training is designed to ensure an orderly transition from civilian life to military. Boot camp as we know it today began in the early 1900s. For example the first Marine Corps recruit depot opened at Port Royal, South Carolina on June 1st, 1911. Parris Island was officially designated a Marine Corps Recruit Depot on November 1st, 1915 where recruit training was continued from then on.

Douglas McChristian, author of the Regular Army O: Soldiering on the Western Frontier 1865-1891, adds, “My sense is that in one form or another it’s as old as the armed services themselves. Certainly all of them had to submit to military discipline and obedience to orders so that they could perform the various evolutions of whatever tactics were in vogue at the time. Many, if not most, men had to be taught how to load and fire a musket, use the bayonet, etc.

“An educated guess is that for many years such training was conducted at the unit level at forts and field camps. In peacetime the permanent garrisons of regulars likely trained recruits at the posts where they had enlisted, whereas wartime volunteers trained new men in camps as companies and regiments were recruited and organized.

“After the Civil War basic training slowly improved. Men who enlisted at the designated recruiting stations were sent to one of the depots, where they remained for four to six weeks, usually. It could be less if the need was urgent for men to bolster units in the field prior or during a campaign. Those who enlisted directly in a regiment were assigned to companies immediately and trained at their respective posts by the company noncoms. The army made a concerted effort to improve and formalize recruit training during the mid-late 1880s. I think it would be fair to say that the origins of basic training as we know it can be traced to that time.

“I think basic training as we know it probably became a formalized course of instruction at the time of WWI when hundreds of thousands of recruits had to learn soldiering in a short time.”