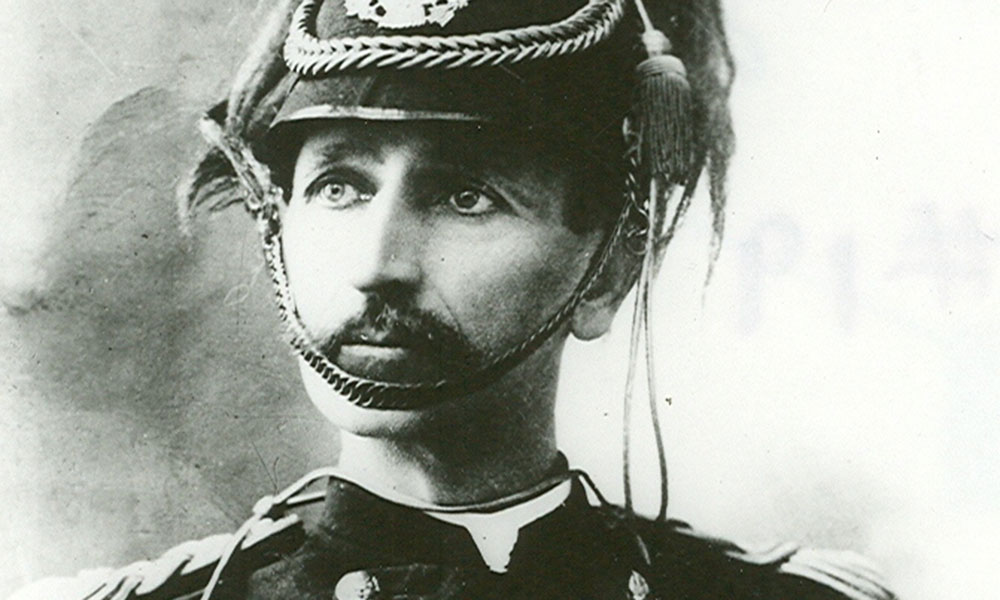 In the spring of 1892, members of the Wyoming Stock Growers Association created a hit list and then imported twenty-two rough and ready Texans to exterminate “rustlers.” Recruited in and around Paris, Texas, they rode by train to Denver where, on April 5th they were met by a few Wyoming ranchers, who then issued new, high caliber .45-90 and .38-55 Winchesters.

Following the murder of Nick Ray and Nate Champion, some 400 angry citizens, led by Johnson County Sheriff Red Angus, surrounded the Invaders who’d holed up at the TA Ranch, south of the town Buffalo.

The siege lasted from Sunday until Wednesday.  The invading army was facing annihilation but they were dug in and well-fortified.  The citizen army of Johnson County would take heavy casualties if they tried to take them in a frontal attack.  The other option was to starve them out.

Wyoming governor Amos Barber, who’d helped plan and execute the invasion, along with Wyoming Senators Francis Warren and Joseph Carey came to the rescue of the invaders by applying pressure on President Benjamin Harrison to send in the Cavalry stationed at nearby Fort McKinney.

On Wednesday April, 14th the Sixth Cavalry arrived and a truce was declared.  Sheriff Angus wanted to arrest the entire band for the murder of Champion and Ray but couldn’t guarantee their safety so the prisoners were taken to Fort McKinney and incarcerated.

The only fatalities suffered by the invading army were two Texans who died from accidental gunshot wounds.  Jim Dudley was accidentally wounded when the horse he was riding bucked, causing his rifle to fall out of the scabbard and discharge.  His leg was amputated but he died later of blood poisoning. Alex Lowther accidentally dropped his pistol and it discharged, inflicting a mortal wound.

Both sides fortified themselves by erecting breastworks and trenches that impressed military officers from the 6th Cavalry.  Had the cavalry not arrived and stopped the siege there might have been hundreds of casualties before it was over.

One of the men who figured prominently in the invasion was Frank Canton, who was working for the WSGA as a range detective.  He was actually a Texas outlaw named Joe Horner.

Governor Barber, Senators Warren and Carey, all three big cattlemen immediately began pulling political strings to have the prisoners taken to Cheyenne where they would be among families, friends and allies.  A team of high powered lawyers was already working on behalf of the WSGA to secure their release. Even though the attorneys despised what they’d done, got them off.

The only satisfaction the citizens of Johnson County would receive was the prisoners had to travel several days to the nearest railroad at Douglas with much suffering from the snow and freezing temperatures.  Unfortunately, the officers and troopers of the 6th Cavalry had to endure the same.

Among those officers was Lt. Charles B. Gatewood, hero of the Geronimo Campaign in Arizona during the 1880s.  Gatewood was the man who went into Geronimo’s stronghold and convinced the Apache war chief to surrender. Because the vain-glorious General Nelson Miles didn’t want to share the glory from Geronimo’s surrender with the young lieutenant, he “exiled” him to Wyoming.

On May 18th a lawless element in Johnson County took revenge n the Army for their perceived interfering in the siege by setting fire to the cavalry barracks at Fort McKinney.  While using black powder to blow up a building to prevent further spreading of the fire, Lt. Gatewood was severely injured. The career of one of the Indian War’s greatest heroes was ended.  He was retired on the half-pay of a lieutenant. He died bitter and unrecognized by his country.