From Slavery to Cattle King 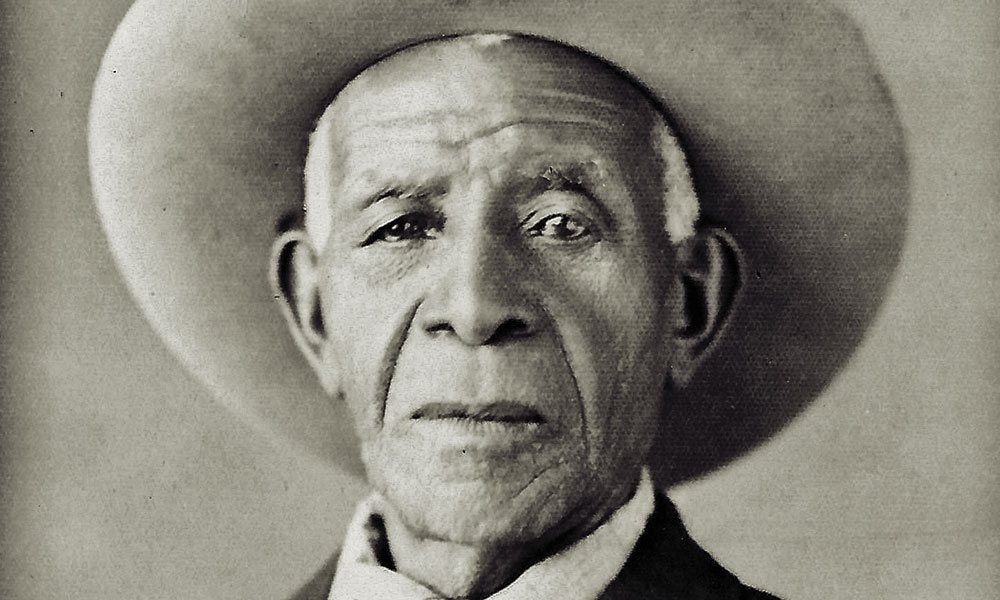 Born a slave near Inez, Texas, on September 15, 1860, the year before the war began that would free him, Daniel Webster “80 John” Wallace had a dream.

By the time of his death 79 years later, Wallace had overcome prejudice, illiteracy and all calibers of frontier hardships to live that dream as a successful Texas cattleman.

Raised to chop cotton for farms in Victoria and Fayette Counties, Wallace, at 15, ran away and begged his way onto a small 1876 cattle drive to Lampasas County. He earned $1.50 for his efforts and enough experience to start cowboying for ranchers Sam Gholson and John Nunn farther west.

In December 1878, he hired on with Clay Mann, a Coleman County cowman who would shortly establish a Mitchell County ranch just south of the newly formed Colorado City. Mann taught Wallace about cowboying and the business of ranching.

Wallace and Mann developed such a close and trusting relationship over the next decade that Wallace acquired the “80 John” nickname for the “80” brand burned into the side of Mann’s cattle. This also distinguished him from another black cowboy, also called John, on John Good’s nearby ranch.

To build his own herd, Wallace relied on Mann to withhold $25 of his $30 monthly salary for two years to buy cattle that Mann let graze on his property until Wallace could accomplish his dream of purchasing his own spread.

Likewise, Mann trusted Wallace so much he once relied on him to deliver a $30,000 cash payment for cattle to a ranch three days away.

Even after Mann died in 1889, Wallace continued to work a decade for Mann’s widow, while managing his own place.

Realizing in his mid-20s that a successful rancher needed to read and write, Wallace found a Navarro County black school that would let him start the second grade. He spent two winters learning his ABCs and penmanship while courting graduating high school student Laura D. Owen. He married her on April 8, 1888, and they celebrated 50 years together.

In 1885, four years after the Texas and Pacific Railway reached Colorado City, Wallace purchased two sections of Mitchell County railroad land for his ranch. He prospered and gradually added more property, eventually turning 1,200 acres over to cultivation and introducing windmills to the region. Though the drought of 1894 threatened to break him, a white rancher signed a $10,000 note on his behalf, allowing him to get back on his feet.

Ultimately, Wallace owned more than 8,800 acres of Mitchell County land.  When “80 John” died on March 28, 1939, his estate was estimated at more than $1 million. One obituary called him “one of the most progressive ranchers and farmers in Mitchell County, white or Negro.”

His body was buried near his ranch house, on the first section of land he had purchased to realize his dream.

Preston Lewis is a fellow and past president of the West Texas Historical Association and a Spur Award-winning author of “Bluster’s Last Stand,” published in True West.