“…Kill or Hang All Warriors…” 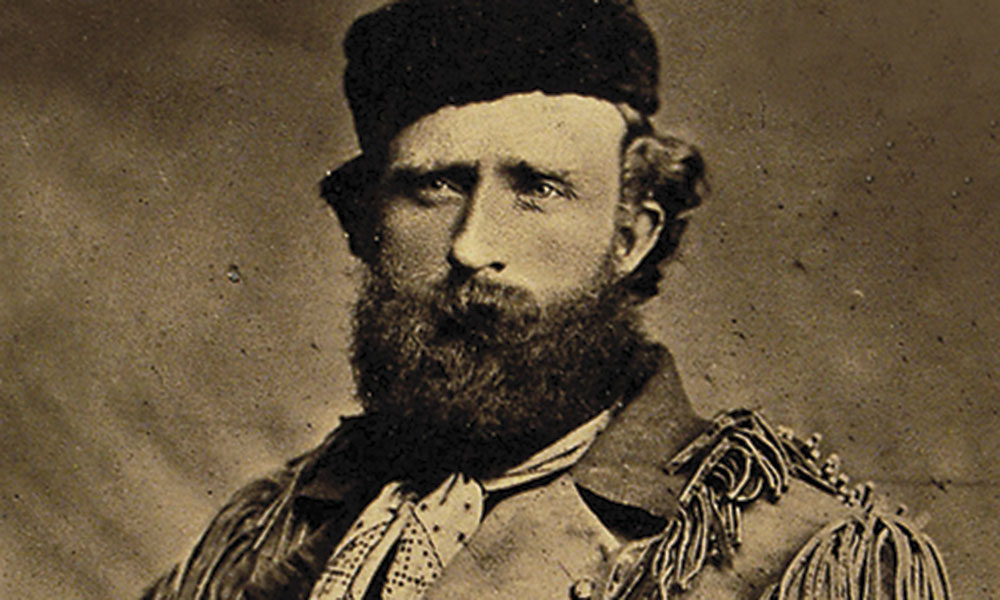 If one winner came out of the Battle of the Washita, his name was Custer.

In 1868, Southern Cheyennes and other tribes were camped along the Washita River in present-day Oklahoma. They’d been at peace with the U.S. since the previous October’s Treaty of Medicine Lodge, but the truth was more complicated.

Cheyenne Black Kettle and other chiefs couldn’t stop their warriors from attacking white settlers. Some bands had moved north of the Arkansas River, violating the treaty.

Indian leaders met with Army officials at Fort Cobb on November 20—but left with no promise of peace and an order to move their bands. Black Kettle decided to hold off on moving until spring, hoping for another talk with the U.S. That never happened.

Instead, Lt. Col. George Armstrong Custer and 689 men of the 7th Cavalry followed tracks to Black Kettle’s camp. They found 51 tipis and about 250 Cheyennes.

Custer’s orders were specific and brutal. General Phil Sheridan wanted the troops “…to destroy [Indian] villages and ponies, to kill or hang all warriors, and to bring back all woman and children [survivors].”

For once, Custer followed orders.

At dawn on November 27, Custer and four columns charged on the unprepared Indians, marching to the tune of “Garryowen.” Black Kettle and his wife were shot in the back. Others died as they grabbed weapons. Only when other bands approached did Custer order a retreat.

The 7th didn’t come away unscathed; 21 were killed and 13 wounded. Indian casualty estimates ranged from 103 to 140 warriors (Custer’s count), while Cheyenne prisoners put the count at 16 warriors. That didn’t include the women who died.

Historians do know that 53 women and children were captured and used as human shields to prevent an attack on the retreating column. Custer’s men left a destroyed village.

Even at the time, folks debated: was this a battle or a massacre? Custer argued it was a battle. New Mexico State University Professor Paul Andrew Hutton agrees.

“Although the fight on the Washita was most assuredly one-sided, it was not a massacre,” Hutton wrote in Phil Sheridan and His Army. “Black Kettle’s Cheyennes were not unarmed innocents living under the impression that they were not at war. Several of Black Kettle’s warriors had recently fought the soldiers, and the chief had been informed by [Custer’s superior Col. William] Hazen that there could be no peace until he surrendered to Sheridan.”

The debate didn’t matter to Custer. For the first time in more than three years, since his Civil War glory, Custer’s name was in the headlines. He was newly renowned as a formidable Indian fighter, one battling the threat to American expansionism. This reputation would last him roughly eight years, until the Battle of the Little Bighorn put a finis to his story.