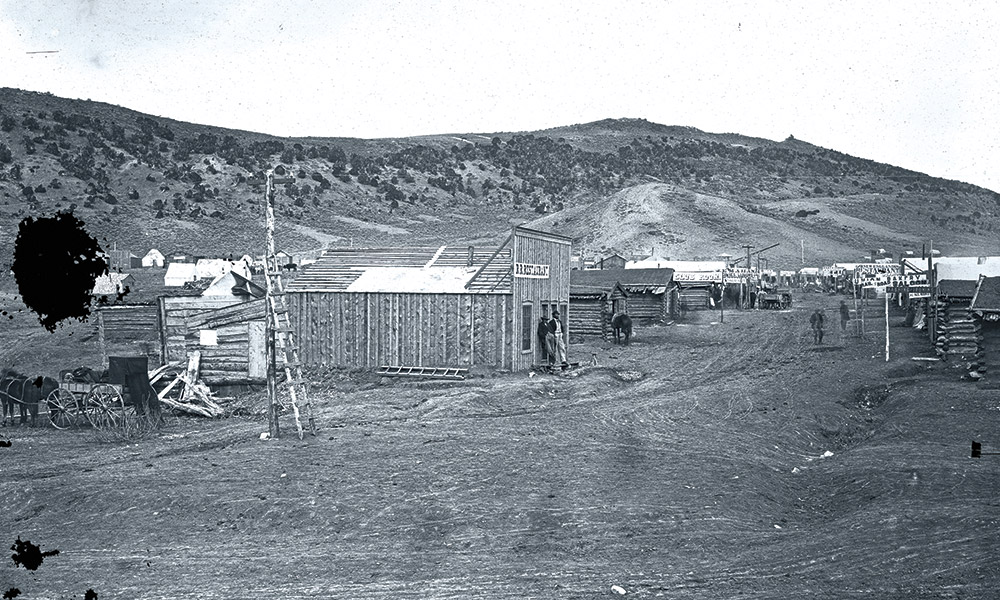 When railroad workers were done building one section of rail, most workers headed down the track to the next locale. Even though these towns had names, such as Green River and Laramie, they were referred to as Hell on Wheels.

Restaurants, bakeries and mercantiles opened up in tents, clapboard buildings or log cabins. Some of these Hell on Wheels towns grew into permanent cities, while others faded into history.

But the restaurant also noted it was ready to serve anyone at any time, stating: “Transient and extra meals at all hours. Lunch room open day and night. Pies, cakes and oysters at a moment’s warning.”

One competitor was Smith & Wheeler’s Tin Restaurant, which not only served meals at all hours of the day and night, but also offered haircuts while you were there!

While many were opening restaurants, James Askew was selling off his restaurant and lot in Laramie. He advertised, “one of the most complete and best payin’ institutions of the kind in the West. It is doing twice the business of any other place in the city.”

When the Union Pacific reached Bear River City in the fall of 1868, reports revealed it was much deadlier than most Hell on Wheels towns. Even dining could be dangerous.

“It was not ascertained what individual fired all the shots, but Mike Ryan, Sam Tunsell, Tom Taylor and John Harrigan were all severely shot in their legs. They are, however, all steadily improving.”

Combine the dry ingredients in a large bowl. Beat milk and eggs in a small bowl, and then pour into the dry ingredients. Blend together, but do not overbeat; lumps are okay. Fill 12 lightly-greased muffin cups about three-quarters full. Sprinkle with sugar, if desired. Bake the muffins for 15 to 20 minutes in a 425°F oven.