by Phil Spangenberger | Jul 6, 2018 | Departments, Shooting from the Hip 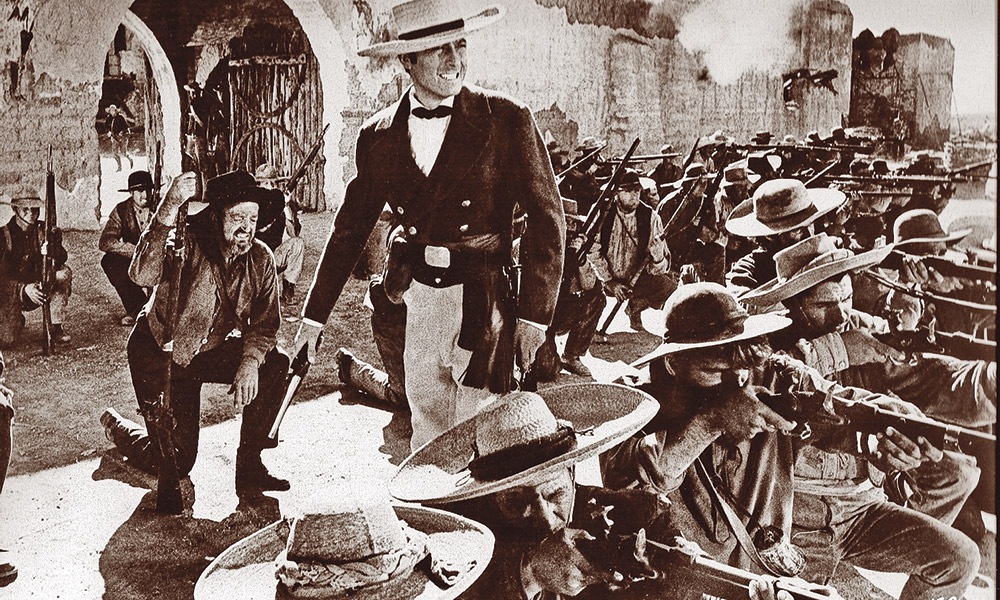 Movie making is all imagery, or as Hollywood calls it, “movie magic,” or the “suspension of belief.” After all, you don’t really think the actor you see on the screen is actually flying through the air, hurtling through space, or making bad guys bite the dust, do you? Of course not! While watching the film, you suspend your thoughts regarding real life, and in order to enjoy the movie, you put reality aside to happily enter a world of make believe, accepting such feats as part of the story. Enjoying a fantasy world is what movies are all about.

Take flintlock firearms for example. For decades Hollywood films had a favorite trick to make us believe that the actors were using real flintlocks in a period movie. Before the 1960s, the typical movie attendee was far less firearms-savvy than today’s audience, and commercially produced, quality reproductions of flintlock arms were not available. Thus, filmmakers were limited to what original arms that were still serviceable and safe could be obtained. Companies like Navy Arms Co. and Dixie Gun Works changed all that when they started offering modern black powder replicas back in the late 1950s.

Before replicas were offered, studios saved time and kept their actors considerably safer by retrofitting a late 19th-century breech-loading firearm to give it the appearance of a flintlock muzzle-loader. Working with the then-inexpensive 1873 Springfield trapdoor rifle, which the studio prop houses had plenty of, they simply cast a dummy brass or pot metal flintlock cock (hammer) and frizzen (strike plate) assembly, then fitted them, via the Springfield’s original lock screw, over the original hammer and lock plate. In some cases a one-piece dummy flintlock hammer-and-flint piece was soldered onto the hammer, and the immovable frizzen was screwed into the lock plate.

Classic film director and firearms enthusiast Cecil B. DeMille liked to employ genuine flinters in his epics, including 1947’s Unconquered, starring Gary Cooper, but most filmmakers didn’t feel the need to be that authentic. Guns altered with the dummy pieces saved time because the actors did not need to be taught  how to safely and efficiently load, prime and fire a real flintlock arm; to use the ’73 trapdoor, they simply lifted the hinged breechblock and inserted a .45-70 blank cartridge. This tricky bit of movie magic offered actors relative safety while giving a somewhat realistic look, plus greater firepower to a scene, while also saving on costly production time.

I’ve served as a gun coach for stars—including Charlton Heston (1980’s The Mountain Men), and Mel Gibson, Heath Ledger and Trevor Morgan in The Patriot (2000)—teaching them the proper handling techniques of flintlock muskets, pistols and long rifles, and I can attest that it does take time. Nowadays, with such well-made films like The Patriot, 1992’s The Last of the Mohicans, and the 2004 version of The Alamo, real flintlocks have been used and moviegoers—especially gun buffs like True West’s readers have enjoyed seeing the “genuwine” article, and have appreciated the extra efforts of the moviemakers.

If you are a classic movie buff, pay close attention to vintage films like Spencer Tracy’s Northwest Passage (1940), Errol Flynn’s 1940 swashbuckler The Sea Hawk, Sterling Hayden’s star-vehicle The Last Command (1955), John Wayne’s 1960 production of The Alamo, and even the 1962 Cinerama epic How the West Was Won, with an all-star cast including Wayne and James Stewart. These and many other movies feature period battle scenes involving flintlocks, yet you won’t see that telltale puff of smoke at the lock—most likely they used the motion picture industry’s 1873 Springfield flintlock conversion. 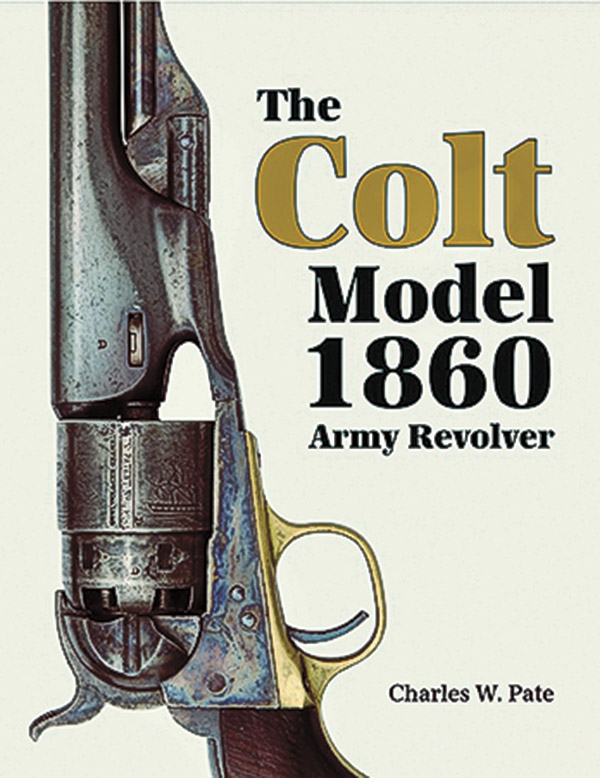 This 462-page, 8 ½- by 11-inch, hardcover volume, The Colt Model 1860 Army Revolver, is the definitive study of this six-gun. Written by acclaimed researcher/author Charles W. Pate, the book includes the firearm’s developmental history under the supervision of Sam Colt, manufacture, an examination of military and commercial sales, and individual 1860 Colts used by Union and Confederate soldiers, up through the post-war frontier period. Detailed histories of the men who used them and more than 900 black-and-white photos are included. Collectors will learn much from Pate’s painstaking research through Colt’s archives, government records and approximately 8,000 examples of the sleek percussion and cartridge conversions. Included are model variations, shoulder stocks, markings, finishes, grips and decorative embellishments. I found it to be a great read.